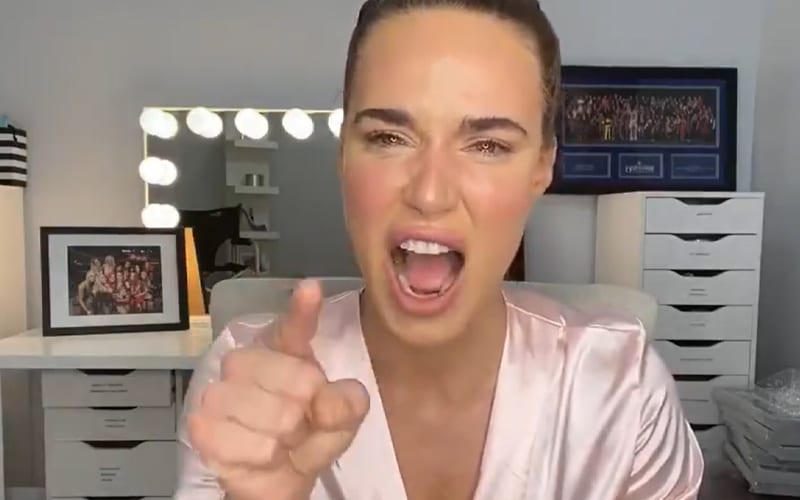 Lana is still fighting hard to make a name for herself on the WWE main roster. She isn’t afraid to do anything asked of her either.

During Busted Open Radio, Bully Ray opened up about Lana’s current position in WWE. He praised her for not complaining about anything, and going for whatever is given to her. He also gave her huge props for pulling everything off with such commitment.

The WWE Hall of Famer also gave Lana props for likely being the toughest person on the WWE main roster right now. It’s not easy to take so many hard bumps on a weekly basis.

“All I know is that she’s most likely tougher than anybody else on their roster because clearly that’s the first time in history that’s been done [a table streak]. And every single time, she gets the f*ck up and keeps going, you know. She doesn’t say, ‘No.’ She doesn’t say, ‘I don’t want to do that.’ She doesn’t sell.”

“She’s going out there and doing her job, and doing her job to perfection. And I’m so freaking proud of CJ, man, because she’s proven that she’s most likely the most talented and underrated person in the whole entire wrestling community.”

After beating Nia Jax on RAW this week, Lana could be on a roll. That match received a ton of attention, but it was mostly due to Nia Jax’s hole.

Lana is not afraid to take any challenge that WWE lays down in front of her. The Ravishing Russian’s story is still unfolding every week and Bully Ray will be watching it happen along with the rest of us.