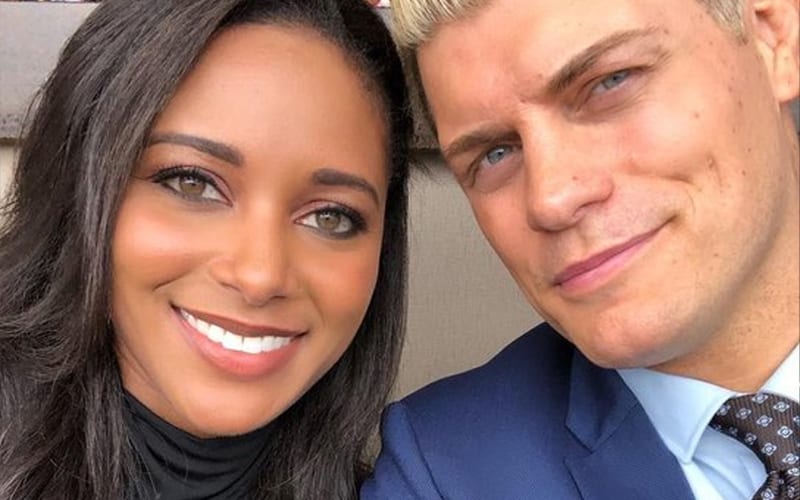 Cody and Brandi Rhodes are prepared to add a very important addition to the Nightmare Family. They will welcome a baby into the world in a matter of months. Cody Rhodes has no intentions of keeping his child out of pro wrestling.

While speaking to The Buzz on Newsday, Cody Rhodes was asked if his child will get into pro wrestling. The American Nightmare said that the business is thriving and he will absolutely get his child involved if they show an interest.

“It’s a great industry. It’s finally thriving again. I’m so proud of being a pro wrestler. I’ll definitely be bringing he or she, whenever I’m told or whenever Brandi lets me know, I’ll bring them around it. The sky’s the limit for a baby Rhodes, that’s for sure.”

Baby Rhodes will be here before we know it. It would be rather impossible for Cody and Brandi Rhodes’ child to not be in the pro wrestling world, but they are certainly not going to discourage any involvement in the business that runs so thick in the Rhodes Family.