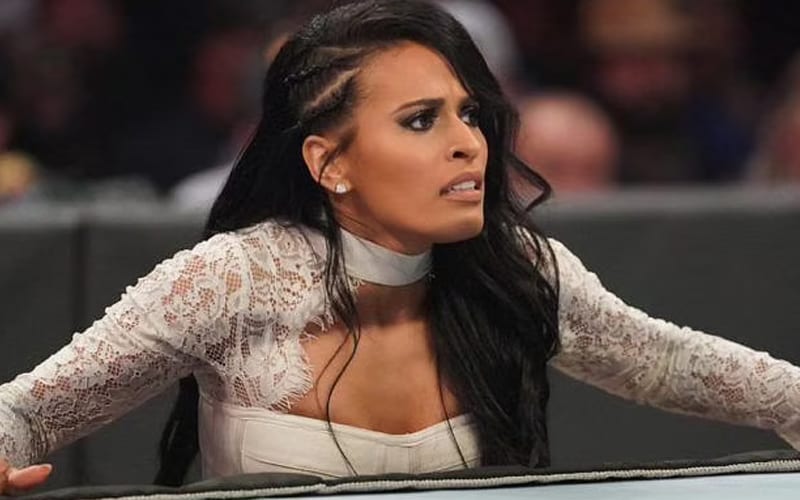 Zelina Vega was release from WWE over her dealings with third party websites. She also advocated for a pro wrestling union. We are still waiting to see any movement on that front, but Vega could show up on another pro wrestling company’s television show soon.

Vega, now known as Thea Trinidad again, will be free to sign elsewhere very soon. Her 90-day non-compete clause with WWE will expire this week.

According to Fightful Select, “we have not heard of any companies specifically expressing interest in signing her.” That doesn’t mean she will remain unsigned, but no company has made their move yet.

This will be an interesting situation. Thea Trinidad is skilled in the ring and on the microphone. She can add a lot to any storyline, but she is also incredibly outspoken and unapologetic as well.

Thea Trinidad is still on Twitch where she has maintained a loyal fan base. She could bring a lot of eyeballs to any pro wrestling company. The jury is still out on whether anyone is interested just yet.