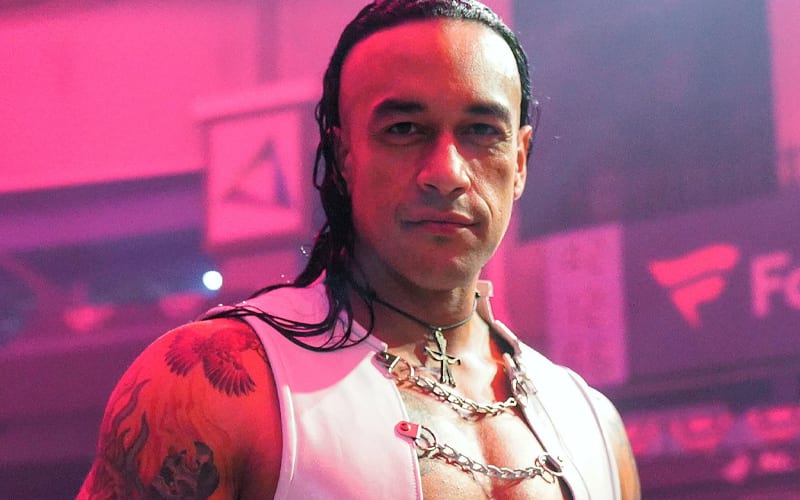 Damian Priest made his WWE main roster debut at the Royal Rumble, and he’s experienced a great spotlight so far. That is likely to continue on the road to WrestleMania.

Rick Ucchino recently sat down with Damian Priest for a bit to pick his brain about the recent events in his career. Priest revealed what he has heard about the WWE main roster so far and how it stacks up to what he’s experienced.

There are some big WrestleMania rumors floating around about the former Punishment Martinez. He has heard them all, and Damian Priest is all about being a part of WrestleMania in any way he can.

“That’s been brought up to me by other people as well. I read the reports like everybody else did, so I don’t know, but I will say this… That guy is so talented and so determined to achieve what he wants on his terms that if he wanted to do this, or he wanted to transition or wanted to wrestle, I’m sure he could achieve it. He’s not even supposed to have the success he has in his profession now, but he figured out a way to make it work. He’s just a good human being – that always helps – and if he wanted to [wrestle] I’m sure he could. Hell, I don’t care what I’m doing. First of all, I’m just trying to be on WrestleMania. It can be in any way, shape or form, so to get in with someone like him and his caliber of status in this world… sign me up, please!”

The current plan is for Damian Priest to team up with Bad Bunny to take on The Miz and John Morrison. That WrestleMania match could bring a ton of eyeballs to WWE.

Bad Bunny is a proven draw at this point. His Royal Rumble merchandise sold out in very rapid fashion. We can only imagine how fast Bad Bunny WrestleMania gear would fly out of the WWE shop. Damian Priest might get a piece of that action as well, and he’s thrilled to be along for this ride.