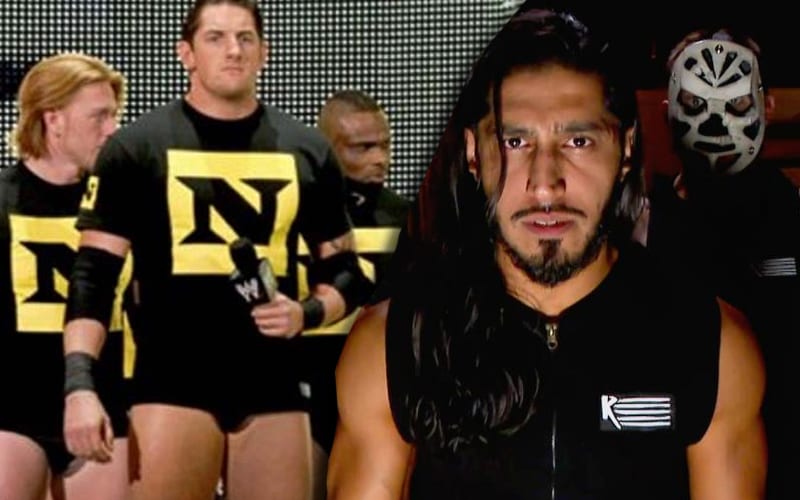 WWE booked a Nexus reunion for WrestleMania last year. That would have played into the Firefly Fun House match. Due to the pandemic, that segment was cut. There’s always this year.

While speaking to The Dropkick Podcast, Fred Rosser stated that it’s always possible that a Nexus reunion can happen this year. You never know what kind of special guests WWE will invite in to make the show of shows the biggest it can be. He even has an idea of Nexus taking out WWE’s current invading stable.

“Yeah well most likely, Wrestlemania in Tampa again with the crowd. We’re gonna come back. The Nexus, him being on commentary and he’s gonna rise up from the table and we’re gonna show up and defeat Retribution. I shouldn’t have dropped the news but, oops but it will be fun.”

You can never say never about the Nexus coming back. If anything, Fred Rosser seems game to make a WWE return of some kind. He’s been wrestling for NJPW in recent memory and really impressed fans on New Japan Strong.