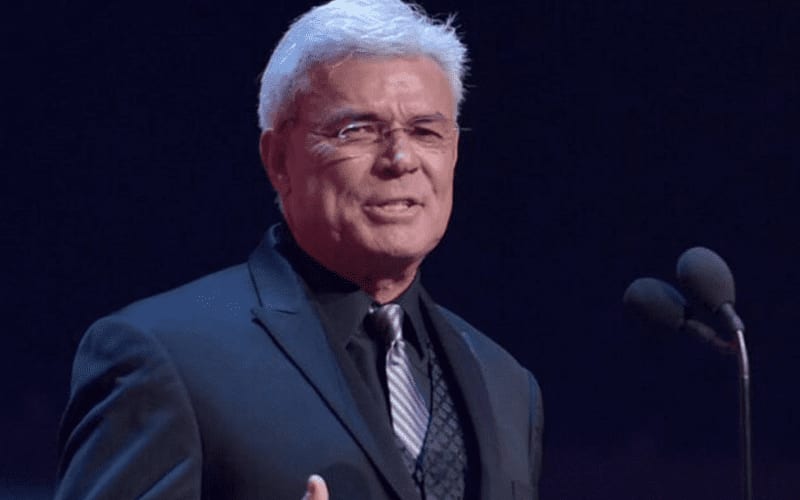 Eric Bischoff is a veteran in the world of pro wrestling and has worked with numerous wrestlers during his time in the business. Bischoff was the President of WCW for many years in the 90s and during that time, several top stars made their way to the company. Due to this move, it was likely there was going to be a clash of egos.

Bischoff was at the helm of WCW when it was consistently defeating WWE during the Monday Night Wars. After WCW’s closure, he worked in WWE as well.

While speaking to Lucha Libre Online, Eric Bischoff talked about managing the egos from top stars of both companies. At times he would have to manage 10-12 top stars.

“Yes, I mean that’s always the case in WCW and WWE. I think any time you’re dealing with top-level talent, particularly when you have a lot of top level talent on the roster like we did. We had Ric Flair, Hulk Hogan, Sting, Lex Luger, Randy Savage, Roddy Piper and Ultimate Warrior as you mentioned. Bill Goldberg certainly became a top-level star during that period of time. So we had not just one or two major stars. We had 10 or 12 major stars, When you have that much talent and that much star power along with it comes ego and difficulty working with them. But that was just that was the price I had to pay.”

Bischoff was hired by WWE as the Executive Director on Friday Night Smackdown in 2019, but he was subsequently fired after a few months. Since then he has made a couple of appearances on AEW Dynamite and kept himself busy with his other projects.