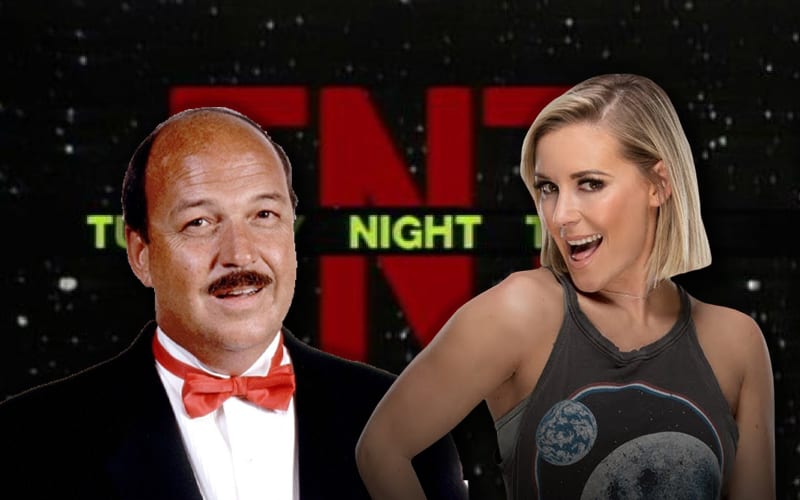 WWE has many shows in their rich history, and they have dusted off some of those classic ideas. The idea of rebooting Tuesday Titans just wasn’t one that they went for.

Renee Paquette recent spoke to the Casual Conversations podcast about many things. Her WWE career came up and she revealed a few nixed pitches she made along the way. One idea would have seen her co-host a Tuesday Night Titans reboot alongside the legendary “Mean” Gene Okerlund.

“Yeah, tons of stuff. One thing that I’ve always wanted to do was bring back Tuesday [Night] Titans. I wanted to host it and I wanted Mean Gene to be my sidekick; that’s what I really, really wanted. We never shot a pilot or anything, it never really got any legs at all. Something like that I would have loved.”

“I pitched a couple different food show ideas of things that I wanted to like some cooking alongside some wrestlers. Trying to get a podcast kind of up and running which, I mean the pitches for those never really went too far anyways but, just like Unfiltered trying to expand that show, make it into something else. Interview shows are something that I love to do, just being able to just chat with people and just hang out. Tuesday Night Titans was something I really wanted to do though.”

Renee Paquette made it no secret that she wanted a WWE cooking show. That is one of the driving reasons why she released her own cookbook. It makes us have to wonder if WWE would still have Paquette around if they had green lit those ideas instead of passing on them.

Sadly, “Mean” Gene Okerlund passed away in January, 2019 and we never got to see even a pilot shot for that Tuesday Titans reboot idea.