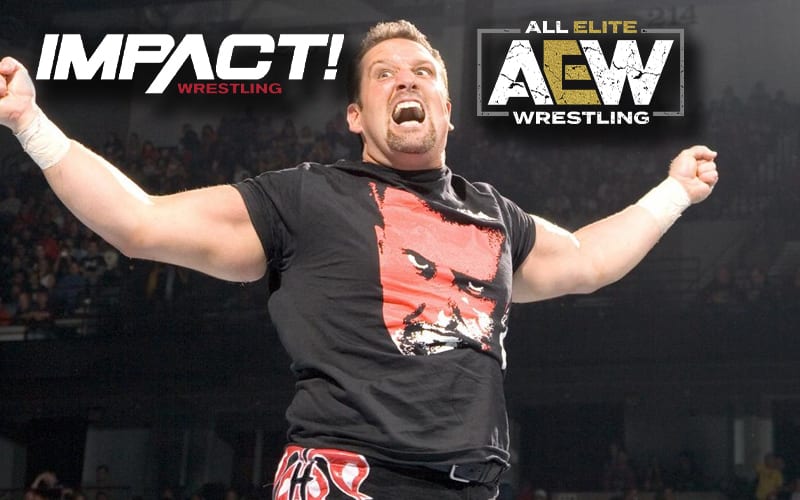 AEW and Impact Wrestling’s working relationship has seen the companies trade off some talent so far. The possibilities are endless if you ask Tommy Dreamer. This is also going to be a big win for pro wrestling fans.

During a recent Impact Wrestling press call, Tommy Dreamer was asked about this new partnership between companies. He praised the unpredictability of the entire situation because you never know who will show up where. This is going to be a bigger deal for the pro wrestling business as time goes on.

“[At AEW Beach Break], you had wrestlers from AEW, IMPACT Wrestling and New Japan Pro Wrestling on the same show – how awesome is that. The possibilities are endless for booking, for match-ups anywhere you want to go and that’s great for who? Wrestling fans and the business.”

WWE and ECW had a relationship from 1996 to 1997. Nobody knew that Paul Heyman was getting checks from WWE at the time. When asked how AEW and Impact Wrestling’s partnership compares to WWE and ECW’s former deal, Dreamer was quite straightforward about the subject.

Back in the day with ECW, we were told by Paul Heyman: ‘This is the agreement. They’re trying to do stuff to go after WCW to try and get those ratings back and we’re trying to promote our first ever PPV here.’ That was the gist of the relationship, none of us knew Paul Heyman was getting a paycheck from WWE. None of us knew any of that.”

We’ll have to see what happens in the months to come. AEW also has a working agreement with NJPW and that is incredibly exciting as well. Now AEW will be able to host some of the best pro wrestlers on the planet, provided they can make it to Jacksonville.

Things seem to also be in a much better place all around, and a lot of people are very excited about the possibilities. The big question is how long this partnership will hold firm.