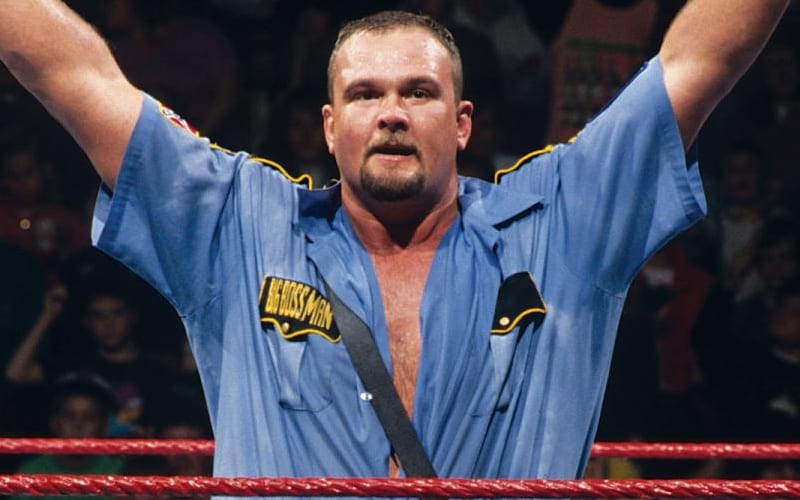 WWE inducted Big Boss Man into their Hall of Fame in 2016, but he never reached the top of the company. There was a reason for that.

Ray Traylor was a part of many memorable moments during his first run from 1988 to 1993 and he had another stint with WWE from 1998 to 2003. That time with WWE lives on in the minds of fans, but he never captured the WWE Title.

During Off the SKript, Vince Russo explained why Big Boss Man never reached the top of the roster during his second run with WWE. There were simply too many big names in the company at the time. The Big Boss Man was lost in the shuffle and to push him to the main event would have meant that several people would need to be skipped as well.

“This was a guy that was going to be a very, very, very strong character, but there was really never talk about him being a Champion or anything. Bro, I say this all the time, when I was working during the Attitude Era, nothing against a guy like Boss Man, but, bro, the guys you had on top. You would have to leapfrog six, eight, 10 guys to get into the conversation. That’s how stacked the roster was.”

Big Boss Man sadly passed away on September 22nd, 2004 at the age of 41-years-old. He will not be forgotten as a big man who stood above so many others in terms of both size and agility. That just goes to show how loaded the WWE roster was at the time because they didn’t even have room for Big Boss Man on the top of the card.