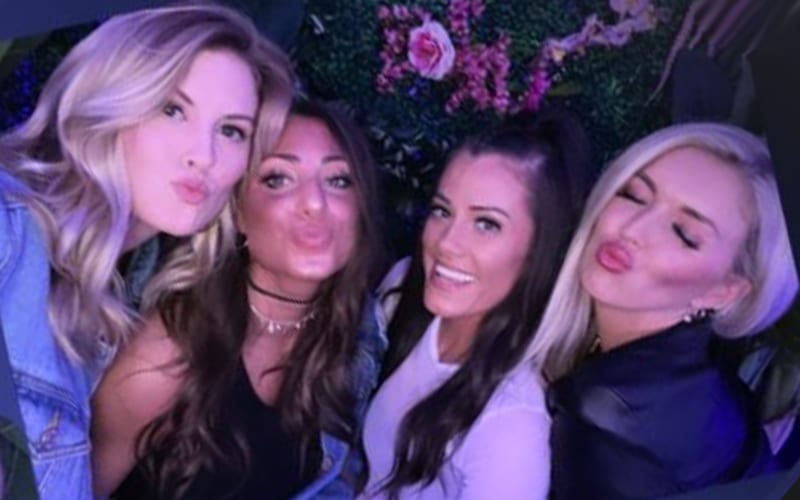 WWE is operating during a pandemic and their Superstars are encouraged to make smart decisions when it comes to going out in public. Self quarantining is preferred as any effort needs to be made to slow the spread of COVID-19.

Fans have started to call out Superstars who break the recommended protocol. This includes not going out unless it’s essential. Kacy Catanzaro recently caused a lot of attention to herself with a recent Instagram story.

A fan account called Charlotte Empire tweeted out a video of Catanzaro out in Tampa. Nobody in her party was wearing a mask, but they had big smiles on their faces. The caption of the video said: “If she don’t stay her ass at home” along with a non-smiling emoji.

Catanzaro deleted the video from her Instagram story, but you can check it out below. Plenty of fans commented on this video, especially since Steve Cutler was just reportedly release for not taking proper precautions and going to a New Year’s Eve party which is where he allegedly caught COVID-19.

Kacy Catanzaro is an NXT Superstar, so the main roster mandates might not stretch to her. It is still not a good idea to break such a simple suggestion that could keep a lot of people safe and help WWE’s operation continue running smoothly during this already complicated time.