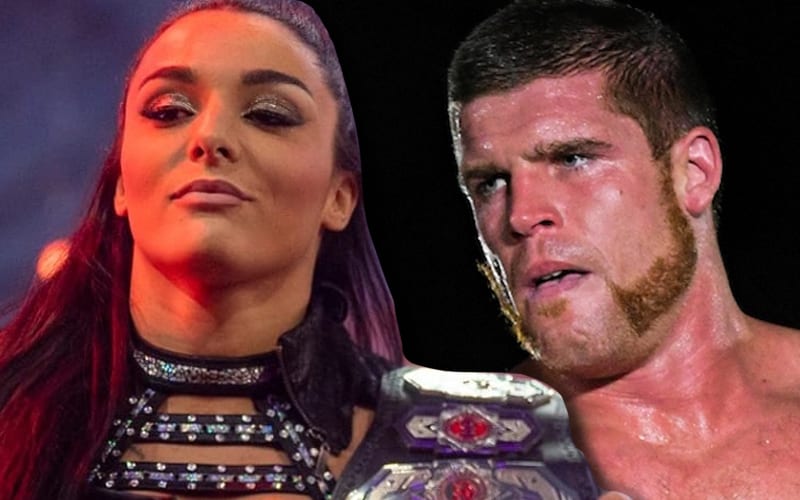 Steve Cutler was release from his WWE contract, ending a seven-year stint with the company. A report came out that Cutler was fired because he contracted COVID-19 at a New Year’s Eve party. Vince McMahon was apparently livid about this.

The story got out that Steve Cutler was essentially the first WWE Superstar to be fired over COVID-19 related reasons. Steve Cutler has not answered back regarding these reports, but his girlfriend Deonna Purrazzo had no problem addressing things.

We attended a NYE party, like dozens of other people.

When Steve tested positive prior to SD, he was sent home and immediately started quarantine. He was NOT at work while being positive.

WWE sent Steve Cutler home for testing positive in a COVID-19 test, but that wasn’t what reportedly made Vince McMahon so upset. The report was that McMahon was livid at Cutler for going to a New Year’s Eve party after The Chairman made promises to people like Roman Reigns, Goldberg, and others that WWE and their talent were doing everything possible to keep a safe environment.

Deonna Purrazzo also admitted to testing positive for COVID-19 along with Cutler. She defeated Taya Valkyrie at Hard To Kill on January 16th. The exact timeline of her positive test was not revealed, but the positive tests are said to have been in early January.