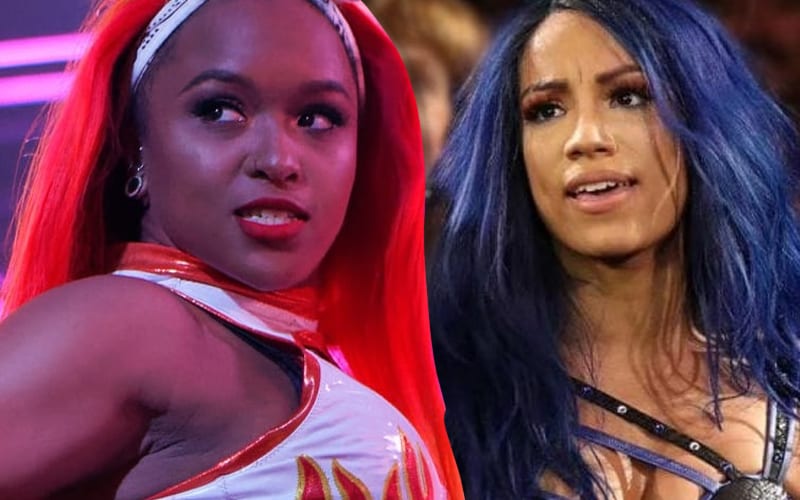 Sasha Banks has a lot of eyeballs on her as SmackDown Women’s Champion. Kiera Hogan apparently sees something in The Boss that reminds her of herself.

Kiera Hogan sent out a tweet during SmackDown that accused Sasha Banks for ripping off her look. Hogan is 1/2 of the Impact Wrestling Knockouts Tag Team Champions. Obviously, she takes exception to The Boss’ style.

Imma leave this here, Check my fit though

Sasha Banks has not responded as of this writing. Odds are even if there is beef between those two then it won’t come of anything since company lines separate them.