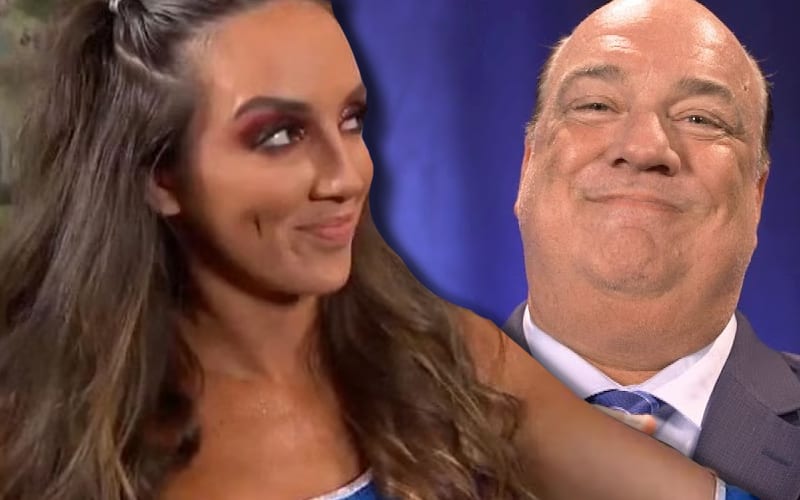 Paul Heyman is a great person to have on your side. Chelsea Green had her moments with Heyman guiding her and pulling for her success. That time with the Special Counsel to the Tribal Chief was very valuable for her.

Chelsea Green recently spoke to Love of Wrestling about her current situation in pro wrestling and so much more. She formed a bond with Paul Heyman who really pulled for her to be on RAW while he was executive director of the brand. Heyman’s departure meant that Green was left without an advocate backstage, so she had to roll with the punches. She also learned a lot from reading pro wrestling news sites along the way.

“I learn things on the dirt sheets as well. It’s funny, because sometimes the dirt sheets get them right, (and) sometimes they totally get them wrong. But, that is something that I felt when I came up in December, January, and did a couple matches for RAW and Main Event, I did feel like I had a great bond and connection with Paul Heyman,” she said. “We had kind of started our relationship off in NXT, when he watched a couple of my promos and gave me really amazing feedback and really, really positive feedback. That kind of fueled my fire and lit a fire under my butt until the next time I saw him, which was the RAW and the Main Event. I think I jumped into that position the best I could, and he saw that. And so, I’m thinking that the dirt sheets are correct and that he has really had my back this whole time, which I love.”

“I think that’s amazing. I’m just so proud that someone that is the best in this business thinks that I’m great! How crazy is that?! We’re just going to go with that’s 100% true.”

Paul Heyman can still pull for Chelsea Green as a mentor for her to lean on. He might not have the same creative influence over the entire brand that he once did, but he’s still Paul Heyman.

Chelsea Green is preparing for her in-ring return. She was reportedly looking to get cleared very soon. The big question is how long she will have to wait for her next debut moment.