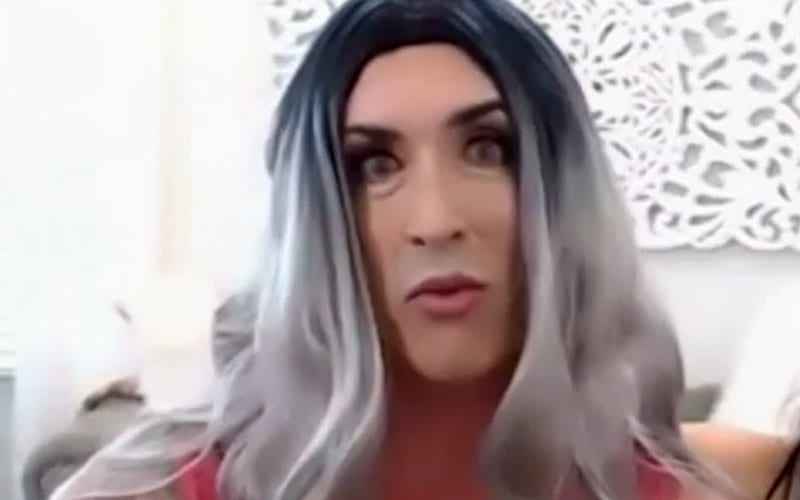 Former WWE Superstar Tyler Reks is now known as Gabbi Tuft, and she made the revelation recently about her transition into being a woman. She has received an amazing amount of support since coming out with this news. Her wife Priscilla has also been an outstanding source of support as well, but Gabbi didn’t always have those rocks to lean on.

While speaking to Wrestling Inc, Gabbi explained that she thought back to childhood and could see how the “puzzle pieces together” in terms of her eventual transition. “When I was four, I have this memory of shoving toys up my shirt to pretend I was pregnant. And my mom comes in, and she’s like, ‘Oh, sweetie. What are you doing?’ ‘Oh, I’m pregnant.’” Her mother then told her that boys can’t get pregnant.

Those thoughts about transitioning went to the wayside as she suppressed them throughout childhood and into adulthood as well.

“Then at 10-ish, around then until I was 14, when my parents and my brother were out of the house, I would sneak into my mom’s closet and try on her clothes. And it was this really secret thing I did. I never wanted to get caught because I didn’t want to get in trouble, and at that point in school, in society, boys that wear girl clothes or boys that do girl things, they get beat up.”

Gabbi Tuft is using her position as a transitioning woman to tell her story and inspire others. It wasn’t easy for her to come forward, but she said the flood of support she received so far has been overwhelming.