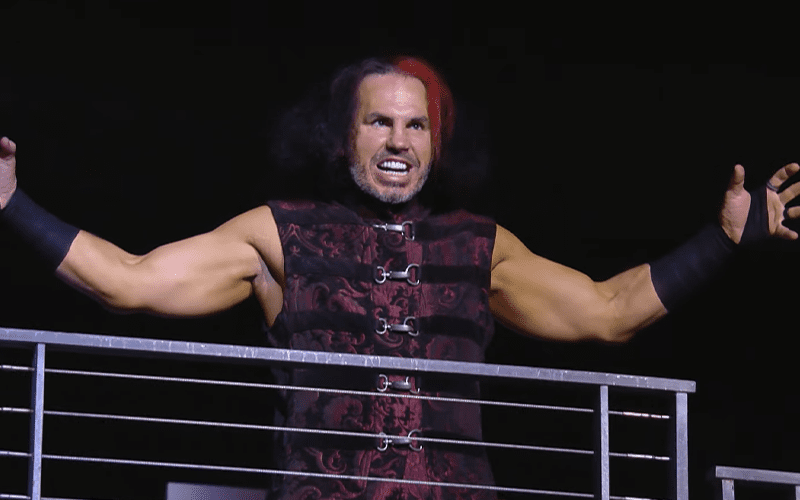 Matt Hardy made his shocking debut in AEW last year in March and immediately started a feud with Chris Jericho and the Inner Circle. The feud would feature a segment where Hardy teleported to various places in the arena.

While speaking on the latest episode of the Talk Is Jericho podcast, Tony Khan was asked about AEW segments he didn’t like. Khan revealed that he didn’t like the Matt Hardy teleportation segment. Khan admitted that he should have rejected the segment as Khan had a feeling it wasn’t going to work.

That’s okay,” Khan said. “There’s stuff like that. Those are the things I’ve tried to do a lot less of this year honestly. There’s just stuff like that where somebody has something and you knew I was skeptical of it going in. I talked myself into it and I wouldn’t have done it going after and it’s not against you or the idea.

What did you think of the teleportation segment with Matt Hardy? Do you think it was a bad idea? Sound off in the comment section below.