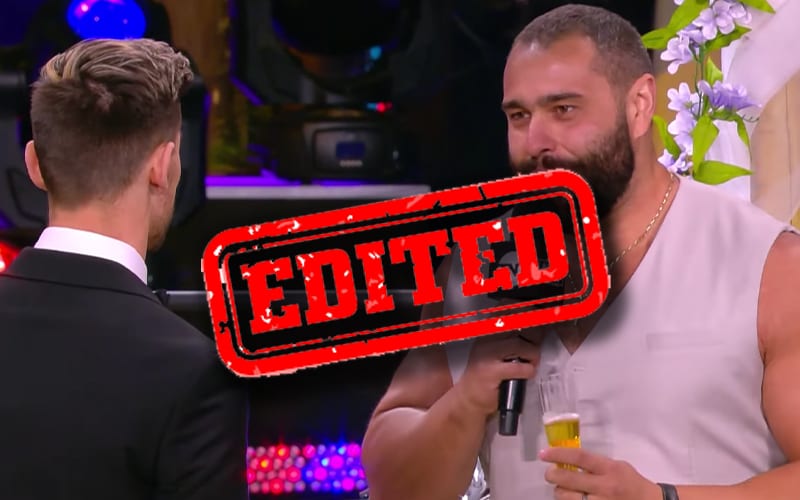 AEW held their first-ever wedding segment during Beach Break. It was an interesting angle and fans have mixed opinions about how it went. You wouldn’t know what the organic reaction was by watching the footage on YouTube now.

Eagle-eyed fans noticed that Miro wore the same outfit to Kip Sabian and Penelope Ford as he did to his own 2016 wedding celebration in WWE. It was also apparent that AEW trimmed this segment to make it flow better, something they couldn’t do live.

Miro grabbed the microphone during the wedding and he asked: “What is love?” This caused the AEW fans in Daily’s Place to erupt into a rendition of “What Is Love” by Haddaway. Miro had to stop as the crowd continued singing for a moment.

Tony Khan apparently made the decision to nix the Night At The Roxbury song from the replay of Kip Sabian and Penelope Ford’s wedding. The decision was a choice made to polish up a segment that desperately needed it. It was obviously Tony Khan’s first pro wrestling wedding segment.

You can check out the edited video below and the official music video by Haddaway just in case the song is stuck in your head.