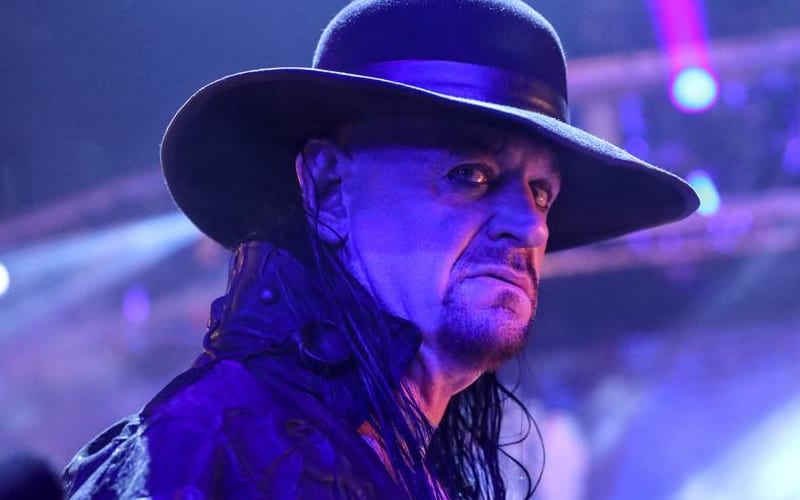 The Undertaker is truly a bonafide legend in the world of pro wrestling. His gimmick remained relevant for three decades of his career and it is unlikely to ever be replicated.

While speaking on The Joe Rogan Experience, The Undertaker talked about how his gimmick came to be.

The Deadman said that Vince McMahon had the idea for the gimmick for quite some time. McMahon simply didn’t find anyone who would fit the bill until The Undertaker came.

That’s how he introduced the character to me,” Taker said. “He called me up, and I had no clue what it was. It wasn’t singing in the shower guy, it wasn’t egg man. Flew me up to Connecticut the next day, showed me the story boards and the original character is based on an old Western Undertaker.“

Yanno, the two guys in main street have a shootout, one guy loses, The Undertaker comes out, measures them, does the box. That was the original likeness and the name The Undertaker. He just never found the guy, he had it for years I guess.”