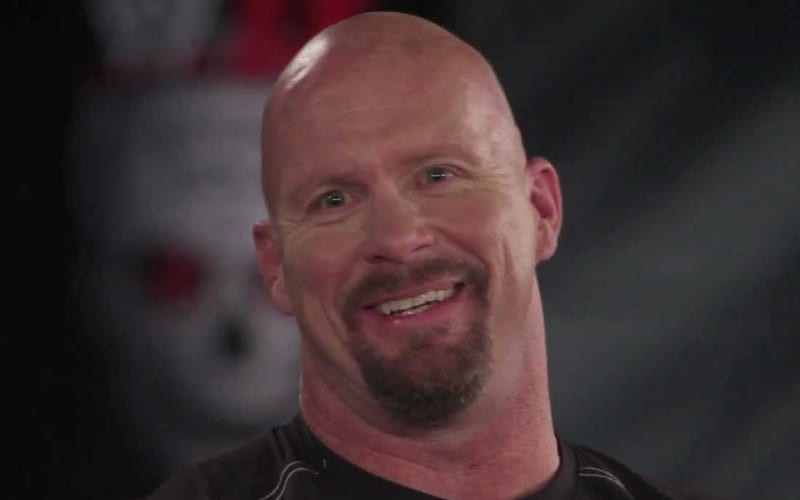 Steve Austin is a very recognizable person, and many people are flooded with memories when they see him. He also brings out a very enthusiastic from a lot of people he meets.

While on WWE The Bump, Steve Austin was asked how he handles people marking out to him when they meet him. He equated it to his show Straight Up With Steve Austin as a lot of celebrities are excited to meet him as well.

Austin seems humble about everything he has achieved in his career. He admitted to reaching a very high level at what he did for a living as well.

“It’s really interesting getting people’s reactions. I’m not the type of guy — I retired a long time ago. I’m very honored to be in the WWE Hall of Fame. I’m very happy to still be in business with WWE with the Broken Skull Sessions. I don’t like to blow smoke up my ass, but I’m guessing I had an outstanding career. People, I don’t look to see how they’ll react to me. I’m just happy they’re willing to come on the show and spend the day with me. I did reach a very high level at what I chose to do with my life. I don’t live and die by that anymore, but I’m very happy when people come on the show and hang out with me.”

Steve Austin stars in two different interview shows right now. The Broken Skull Sessions will continue next with Bayley and Big E is on deck to appear on the show as well. You also never know what kind of celebrity Austin will get for his Straight Up With Steve Austin series on the USA Network.