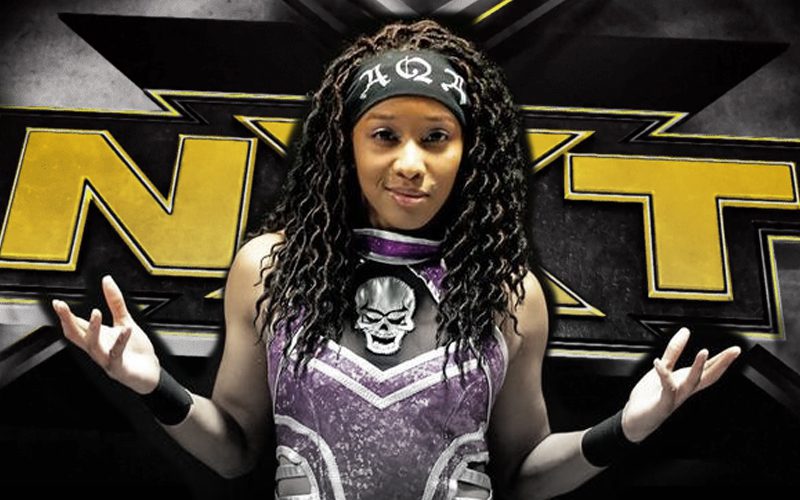 WWE is always looking to sign more talented wrestlers to add to their already-deep roster of Superstars. Now it seems the student of a WWE Hall Of Famer has signed with the company.

While being interviewed by Jim Varsallone of the Miami Herald, WWE Hall Of Famer Booker T revealed that his former student AQA( Angela “Queen” Arnold) has signed with WWE.

Booker T noted that he still continues to give back to the pro wrestling business with his wrestling school.

“I love still being a part of the company, watching the growth, watching the young guys still do their thing. Still being relevant and giving back with my school. One of my students, AQA, Angela, just got signed with WWE. For me to still talk about it on WWE Backstage and giving certain guys the rub and boosting their career, it’s really cool.”

AQA worked in the indie scene in promotions such as SHIMMER and RISE. She also wrestled the likes of Tessa Blanchard, Su Yung and Hyan during Impact Wrestling vs. Reality of Wrestling: Deep Impact in 2019.

The signing has yet to be officially announced by the company.