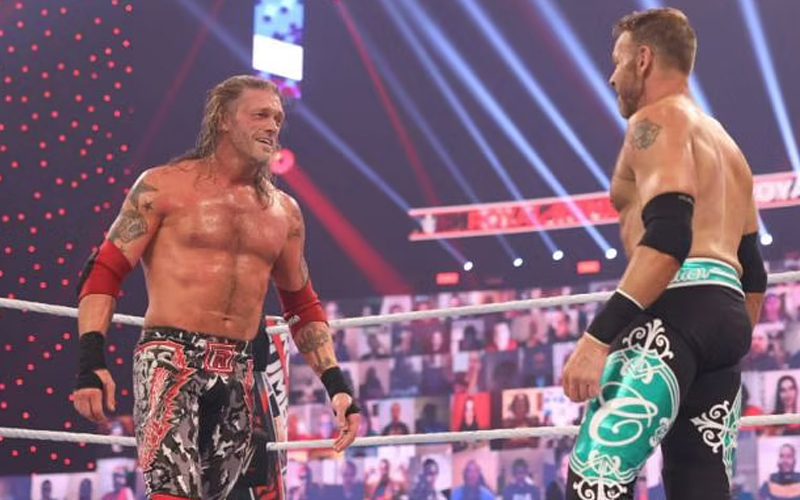 WWE Hall Of Famer Edge went against the odds and managed to win the Men’s Royal Rumble match. The match also featured the shocking return of Christian. Edge and Christian had numerous moments in the match which delighted fans.

While being interviewed by CBS Sports, Edge talked about his reaction when he saw Christian make his way to the ring during the Royal Rumble match.

Edge said that he was very happy for Christian and proud that Christian worked hard to get medically cleared to compete in the match.

“The Rumble was one of those instances where, when Christian was coming down the ramp, I was so happy for him. I was so proud of him and proud of the work he put in and the grind and struggle to get cleared and be able to do this again. Similar to me, he can end it on his terms and not just have it taken away when you don’t expect it. That’s a hard thing to swallow, and now we have a chance to have that not be the case, and that’s just really special.”

Christian will be working on a part-time schedule in WWE and will compete in more matches.