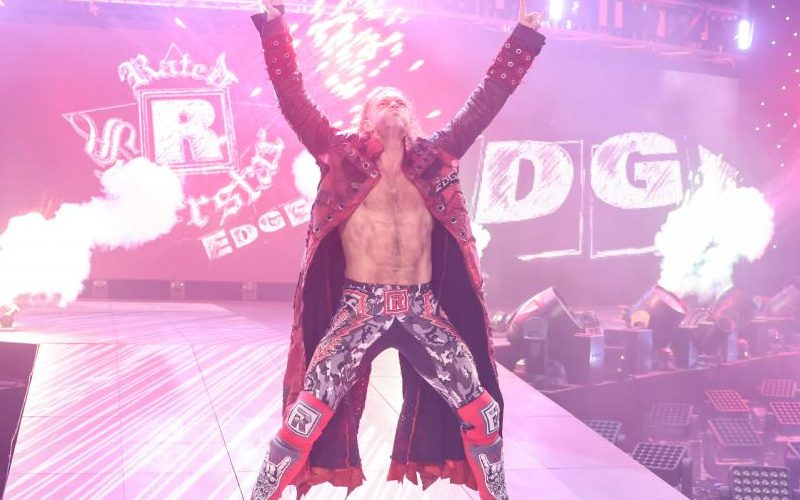 Edge won the 2021 Royal Rumble match, and he might make an appearance during all three brands’ television shows this week. He already worked a match against Randy Orton on RAW and now he has been confirmed to appear on NXT.

There are many people who Edge wants to work with, and some of them are in NXT. Finn Balor is NXT Champion and Edge could tease challenging for that title at WrestleMania.

We previously reported that Edge’s WrestleMania opponent has already been decided. Click here for those spoilers.

During WWE’s official write-up about the appearance, they didn’t reveal much about his intentions.

You think you know him, NXT?

In the wake of a marathon Royal Rumble win, Edge is headed to the black-and-gold brand tomorrow night at 8/7 C on USA Network.

The Rated-R Superstar announced his appearance on social media Tuesday evening, and the WWE Universe is already buzzing over the possibilities of his appearance.

We will have to see what happens as The Rated R Superstar invades the black and gold brand this week.