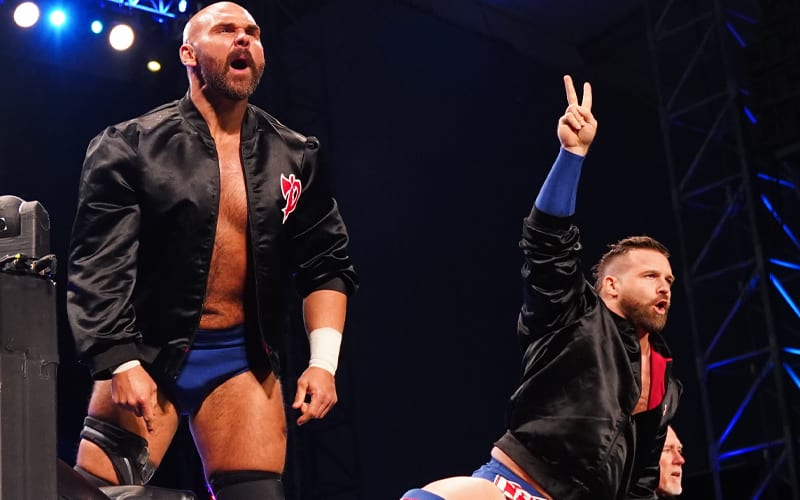 FTR are Top Guys, and they are set to prove it. Dax Harwood took on Jungle Boy during Dynamite last week and he lost. Then the team’s conduct after the match got them suspended.

AEW made the announcement that due to FTR’s actions last week, they are suspended. That means they have been pulled from the tag team battle royal at Beach Break.

FTR will be replaced by Alex Reynolds and John Silver of the Dark Order.

Upon review of their conduct after the Jungle Boy v. Dax Harwood match, FTR are suspended from competition for 1 week, thus out of the #BeachBreak Tag Team Battle Royale. FTR are replaced by John Silver & Alex Reynolds on #AEWDynamite on @TNTDrama TOMORROW night at 8pm ET/7pm CT!

FTR will be back in AEW, but they are getting the week off. We’ll have to see how the former AEW World Tag Team Champions get back around to those titles they so desperately want to regain.