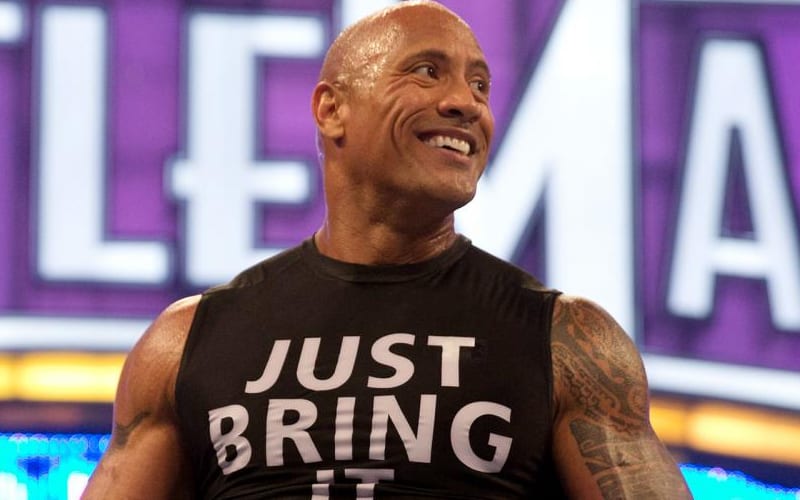 WWE is gearing up for another road to WrestleMania without The Rock. It’s very unlikely that we will see him this time around as well.

Ringside News was first to exclusively report that The Rock isn’t wrestling at WrestleMania this year. The idea was floated out there last year prior to the pandemic, but the state of the world changed up a ton of plans.

During Wrestling Observer Radio, Dave Meltzer discussed what The Rock is likely to do at this point. The Great One wants to perform in front of his millions and millions of fans, but wrestling at a socially distanced WrestleMania is not his style.

“I know how Dwayne’s brain works on these things. He’s got this mentality, and I know this from all of our discussions that to him, and I guess because of how he grew up and everything like that, the idea of doing the match in front of 100,000 people means a lot to him. Obviously, this year whatever the number is going to be he’s not going to be close to that so he would — if he’s going to do something, and I don’t know if he will; and there are other things that are more important than WrestleMania that could get in the way at any time. I always thought that the SoFi Stadium match, I thought he would do that.”

WrestleMania won’t be going Hollywood now until 2023. They are going to take WrestleMania to Texas in 2022. The Rock will undoubtedly still be a huge draw at that time, but a lot can happen in those couple of years.