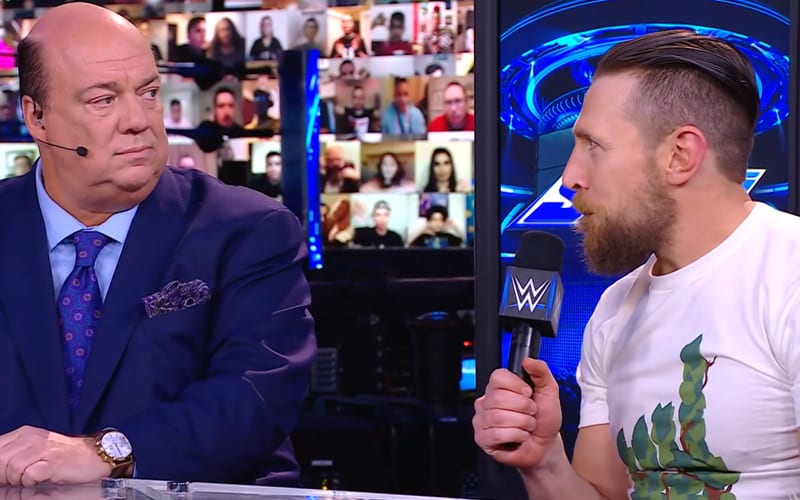 Daniel Bryan is vying to win the 2021 Royal Rumble match. He has already made his intentions clear that he will challenge Roman Reigns for the Universal Title if he wins as well. This could worry Paul Heyman a bit.

During Talking Smack, Daniel Bryan had a very simple question for Paul Heyman. He wanted to know if there was any point in his career when Heyman thought that Bryan was the best. The Special Counsel to the Tribal Chief had a very thoughtful reply.

“I think that if you get that taste of glory again. If you taste that WrestleMania main event again, come on it’s so intoxicating. If you taste that again you’re gonna want it over and over again. Yes, yes, yes. On the given night that you step into the ring with Roman Reigns, if you are the best on that evening, we’re screwed.”

Paul Heyman made it clear that he still thinks that Roman Reigns is “the best, the best of the very best of the best.” That doesn’t mean that Daniel Bryan is to be taken lightly.

The Royal Rumble event will undoubtedly include a ton of surprises. The big question is whether fans in the ThunderDome will be throwing up “Yes Fingers” at the end of the Men’s Royal Rumble match.