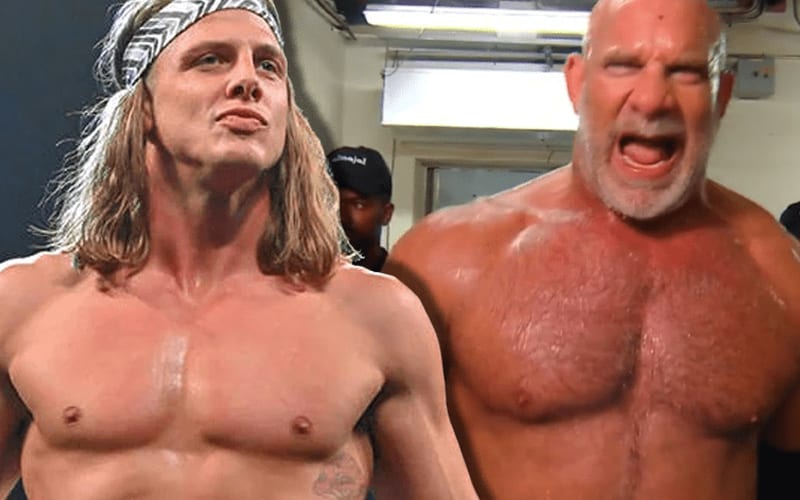 The Undertaker’s comments about modern day pro wrestlers hit the pro wrestling community hard. A lot of people commented on what The Deadman said, including Goldberg, and now Riddle is weighing in.

Riddle and Goldberg do not see eye to eye at all. When Goldberg responded to The Undertaker’s comments by saying: “Get a little thicker skin, boys and girls, that’s all I can say,” Matt Riddle was paying attention.

The Original Bro released a short video to address the situation. He really doesn’t think that Goldberg needs to be instructing anyone to get thicker skin.

“Hmm… so, let’s talk about some thick and thin skin, shall we? Uh, bro. Really? Really? Okay. You have very, very, very thin skin, it’s like sheepskin thin. It’s ultra thin. Extra sensitive thin. That’s how thin your skin is. Let’s be real, I’m not going to go down the chart of reasons why, but you know why your skin is thin, bro. We all know it; and you know what? You really need to stop crying about it. It’s embarrassing, alright, stop being a baby. And good luck tomorrow, bro, you’ll need it. You’re a Stallion, Drew.”