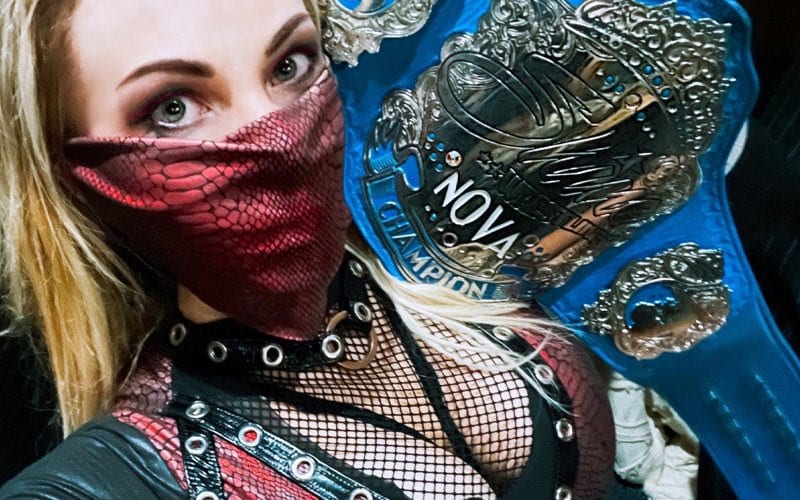 Ringside News has learned that Natalia Markova is now opened to field offers and sign contracts with companies.

She defended her title last on January 23rd at SHINE 66 where she defeated Double D Rose.

Markova hasn’t been wrestling during the pandemic, but she kept in great shape and has been very active on social media.

We even gave her some press when she expertly recreated Shawn Michaels’ famous Playgirl pose with her titles.

Needless to say, Natalia Markova, who has been wrestling since 2007, could be a very interesting prospect from a number of companies.

You can check out a video below from WWE’s official YouTube page of Natalia Markova taking on Shotzi Blackheart at EVOLVE 128.