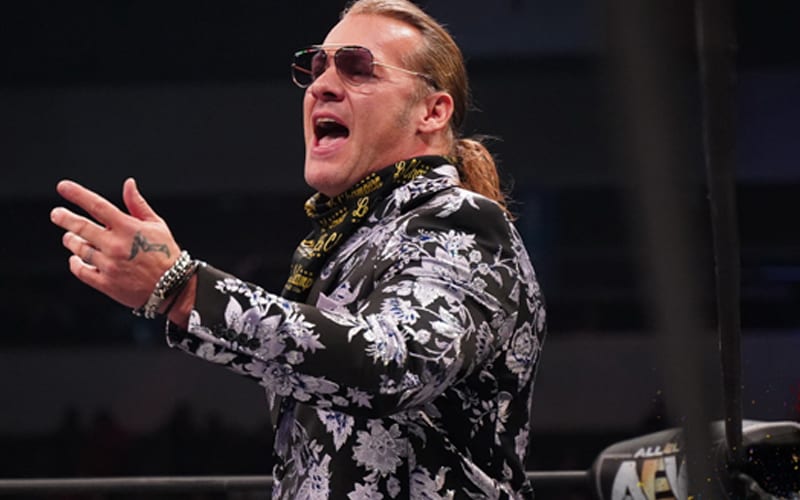 Chris Jericho botched a lionsault last week on AEW Dynamite. This move, that he made famous in a lot of ways, is a staple of his. That didn’t stop him from messing it up, and the internet let him have it.

During Wrestling Observer Radio, it was noted that last night’s episode of AEW Dynamite was taped prior to the online buzz about Jericho’s botched lionsault. He didn’t head anything that people said about him, including Jim Cornette’s remarks.

Some fans commented after AEW Dynamite last week, and Jericho might have seen those. It was said that a majority of the mocking came after last night’s episode was already booked.

It was noted that Jericho still received plenty of comments for that lionsault after last week’s tapings. That encouraged him to have a do-over this week where he made sure to get it right.

You can check out the botched spot below.