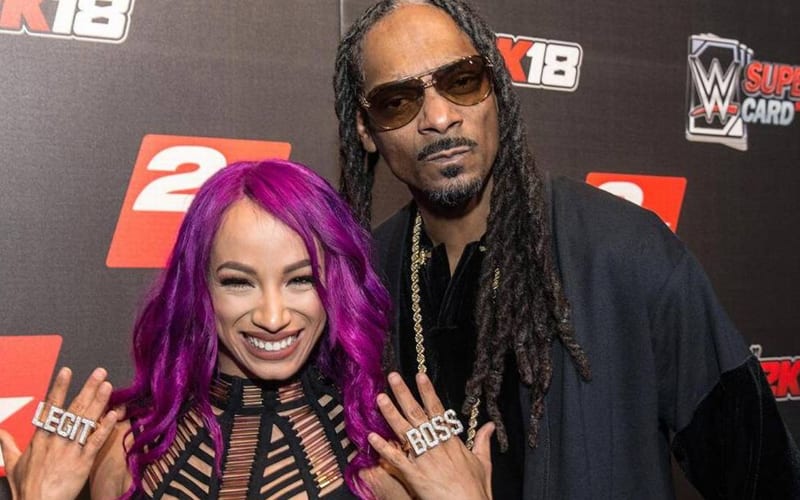 Smackdown Women’s Champion Sasha Banks is one of the top female Superstars in all of WWE. It seems she also has an interesting idea for a future WrestleMania match.

“I saw him two weeks before he did that, and he was talking about how he wanted to do a splash,” Banks said. “I wasn’t thinking that splash was going to look like that! He called me right after, just cracked up laughing, asking if I was proud. I was like, ‘Dude, if you had fun, that’s all that matters.’”

Banks then revealed that she wants to team up with Snoop Dogg at WrestleMania.

“We still got time. I wanna do matches with him. I want him as my tag team partner for WrestleMania, so we got time. I got time to train him,” Banks said. “That splash is going to be five stars, OK?”

Banks is currently engaged in a feud with Carmella and is likely to feud against her at Royal Rumble.