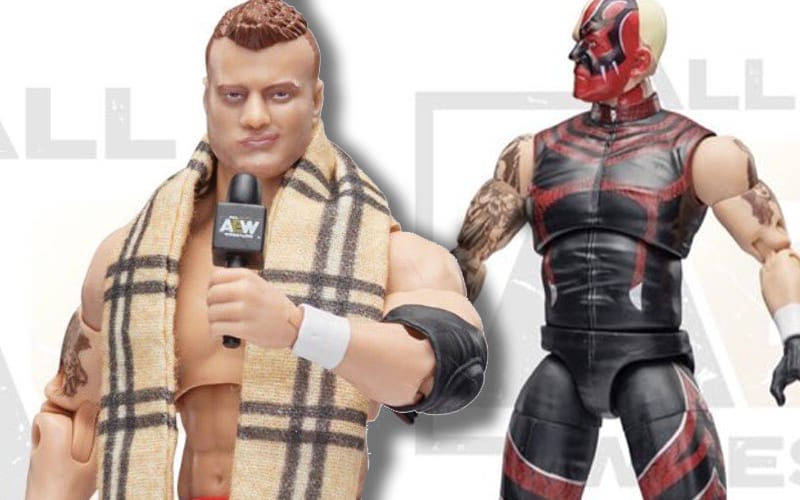 AEW’s line of action figures with JazWares is going to keep pumping out more merchandise. They revealed some new designs today, including a few that were highly anticipated.

Jeremy Padawer from JazWares tweeted out our first looks at these new figures. They are highly detailed, and come with some nice accessories as well.

Matt Hardy will receive his first AEW action figure in this new line. Sammy Guevara is getting his first official action figure ever, and that is a very exciting thing for him.

The full line of series four will consist of Santana, Ortiz, Matt Hardy, Sammy Guevara, Cody Rhodes, and Kenny Omega. No women are planned to be featured in this line of figures.

You can check out the new line of AEW action figures below.