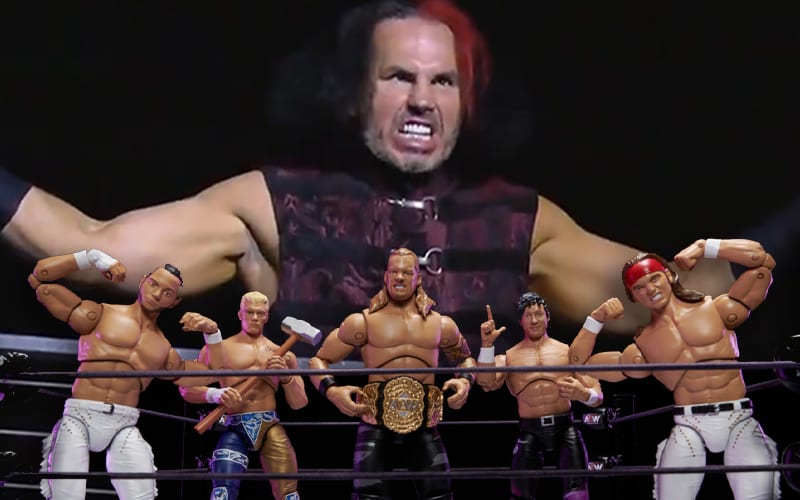 AEW’s action figure line flew off the shelves. Fans flocked to online outlets to get their hands on those figures, and they sold out in a flash. Series 4 is set to include a couple new additions to the AEW figure line, and it will mean a second figure for two other EVPs.

The Young Bucks already have two AEW action figures. In series 4, Kenny Omega and Cody Rhodes are set to join them. They are both included in the new series 4 line, and others are getting their first.

Jeremy Padawer of Jazwares announced that series 4 of AEW’s action figure line will include Santana, Ortiz, Matt Hardy, Sammy Guevara, Cody Rhodes, and Kenny Omega. No images were released along with the announcement.

AEW and Jazwares plan to continue releasing action figures in regular waves. The COVID-19 pandemic slowed down the process a bit, and they had some distribution issues. There is also a high demand for those figures which is a good problem to have.