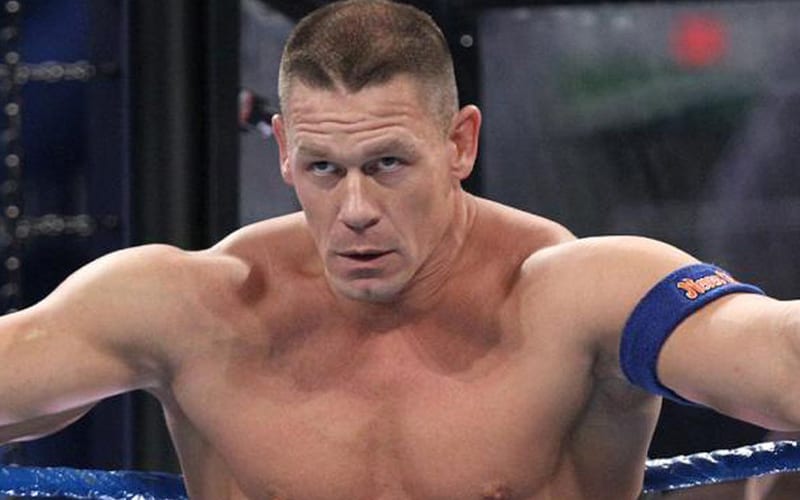 John Cena doesn’t come around WWE very often anymore. He is very busy with one Hollywood commitment after another. He has earned the right to pick his pro wrestling schedule if you ask Triple.

John Cena might not appear for WWE on a regular basis anymore, but he should be expected for WrestleMania. Ringside News has exclusively reported this news.

While speaking to The Michael Kay Show, Triple H was asked about The Rock and John Cena’s schedule. He explained that when you get to a point like they are, then they have earned the right to come back on an infrequent basis to “tip their cap” for the fans.

“You find yourself when you’re in the thick of it being that guy that says, ‘I’m here everyday. This is my house and my place,’ but then you get to where John Cena is. You get to where The Rock is. You get to where Taker is or [Ric] Flair or anybody else where you’ve earned the right with fans to come back every now and then and tip your cap and for them to say, ‘man, thank you for all of that’ and for you to re-live those moments.

We’ll have to see what John Cena is able to do on the road to WrestleMania. Having him on the WrestleMania card will certainly be a big boost. This could be a very interesting WrestleMania season and it all kicks off this Sunday at the Royal Rumble.