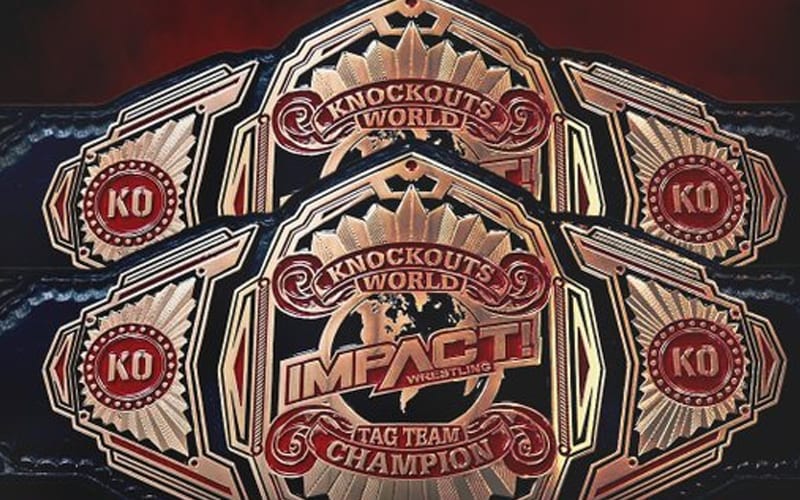 Impact Wrestling brought their Knockouts Tag Team Titles back, and Hard To Kill saw the company crown new champions. A lot went on to get those titles back.

During Wrestling With Stereotypes, Gail Kim, who still works for Impact in a backstage capacity, spoke about reintroducing the Knockouts Tag Team Titles. This was a thrilling announcement and she is so happy for the division.

Kim said that the Knockouts Division is so stacked with talent, but they only have one title. Bringing the Knockouts Tag Team Titles back was a way for more women to get a run with gold. It was also a plan that was in development for a long time.

“We are always looking for women, especially now that we have a tag team division happening now. I am so excited for those girls. With women’s wrestling being so prevalent, there are so many women. We are using everyone, but when you are using everyone and there is only one title, then it’s hard.”

“We’re good at building storylines, but of course everyone wants to compete for a title. Bringing back the tag team titles, the girls were so excited. We have been talking about it for over a year before it happened. Then we were like, ‘Yes! It’s finally happening!’ I am happy for the girls more than anything. I remember when they told us we were getting the Knockouts Championship, I screamed out loud.”

Havok and Nevaeh took on Kiera Hogan and Tasha Steelz at Hard To Kill for the Knockouts Tag Team Titles. Hogan and Steelz won those belts, but you never know what kind of challenges await them. Gail Kim will be there rooting them on from behind the scenes.