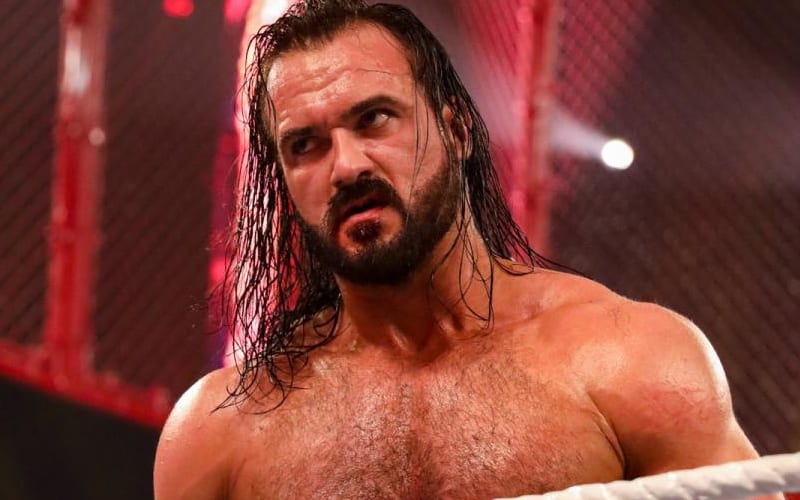 Drew McIntyre has had a great run as WWE Champion and he is currently engaged in a feud with WWE Hall Of Famer Goldberg. The two are scheduled to compete for the title at the Royal Rumble pay-per-view.

WWE was teasing a possible feud between Drew McIntyre and Bray Wyatt last year. However, it ultimately didn’t take place as Wyatt and Orton engaged in a feud instead.

While speaking to Riju Dasgupta of Sportskeeda, Drew McIntyre was asked whether he wants to compete in a cinematic match, as the WWE Champion has yet to compete in a match of that nature.

McIntyre revealed that he has no desire of having defending the WWE Title in a cinematic match. McIntyre believes the title should be defended in a proper wrestling match instead.

McIntyre stated that is the reason why he doesn’t want to have a WWE Title match against Bray Wyatt in a cinematic match.

“Maybe eventually, not right now. I’m WWE Champion and I think, in fact I know, like the way I’ve been building the title, it’s about the honor and respect and about wrestling. There’s room on the show for everything, a little bit something for everybody, different characters. It’d be boring if everyone was the same. “

“The Fiend’s unique character is so incredible, so out there, but I don’t think that’s something I think I want to mix the WWE title with. Like that’s for, you know that portion of the audience and for me as a fan to watch and be blown away by the spectacle. When it comes to the WWE Championship, I expect it to be in a wrestling match. You know, like man-on-man, fighting over the title with respect and honor. That’s what I’m all about, that’s how I’ve tried to represent the title and that’s how I think it should be represented. Not in a comedic fashion or an outlanding fashion, but a realistic wrestling environment.”

McIntyre is scheduled to have a face-to-face with Goldberg on the upcoming episode of Monday Night RAW.