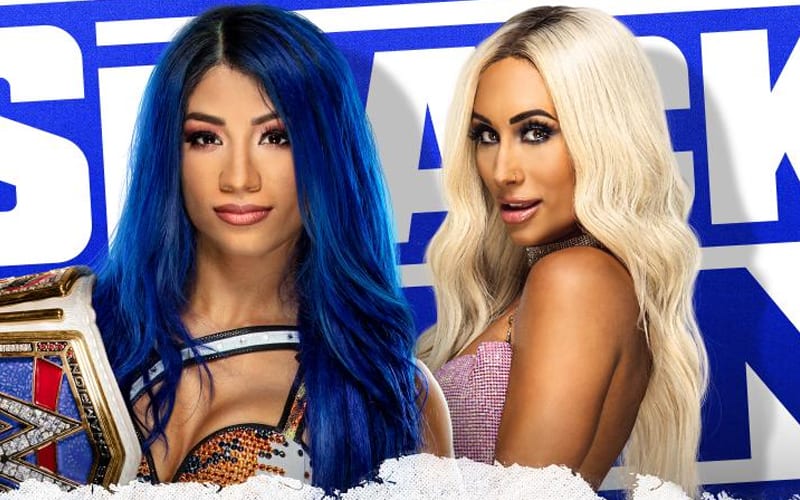 Sasha Banks took care of Carmella’s sommelier Reginald during SmackDown this week. When she was finished, The Boss tossed Reginald at Mella’s feet that was certainly a statement.

Following SmackDown, Sasha Banks was asked about her confrontation with Carmella’s sommelier. She was very happy with her performance on Friday night, to say the least.

“I mean what, the Royal Rumble is a week away? To win the Royal Rumble you have to throw them over the top rope, and not only did I win my match tonight by making Reggie, Reginald tap out, I threw him over the top rope to let Carmella know that I am the standard, the blue print, The Boss of the women’s division and if you mess with me well, the sister already knows I have it and she can never have this.”

Carmella has already failed to beat Sasha Banks for the SmackDown Women’s Title, but she is still chasing Banks. We’ll have to see if she finally captures that title or if The Boss has to make another statement.