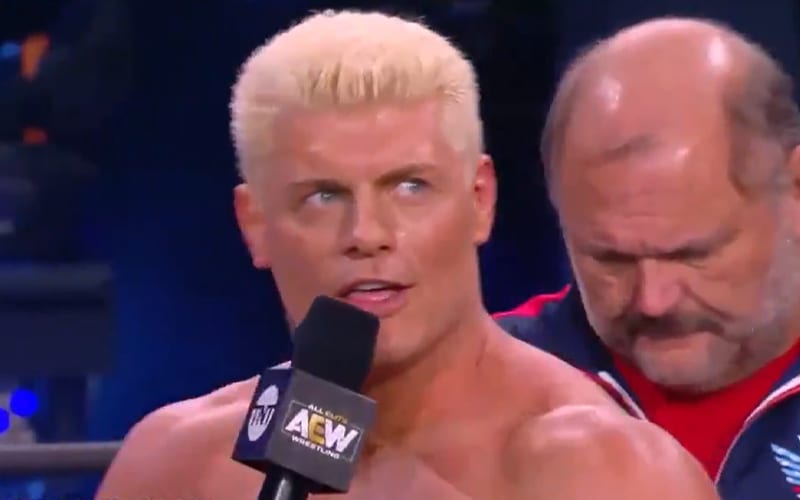 AEW’s next wave of action figures was recently revealed. They included Cody, Kenny Omega, Matt Hardy, and Sammy Guevara. However, there was no female figure in the lineup, which displeased fans.

One fan took to Twitter and said that they are waiting for Britt Baker to get an action figure of her own. This prompted a reply from Cody Rhodes, who saw the tweet. Rhodes referenced Britt Baker’s recent suggestion of having him on Bayley’s new WWE talk show and said that Baker will have to wait for a while to get her own action figure.

There seems to be growing dissension between Cody Rhodes and Britt Baker for quite some time now. Baker also recently called out Rhodes for making everything about himself.