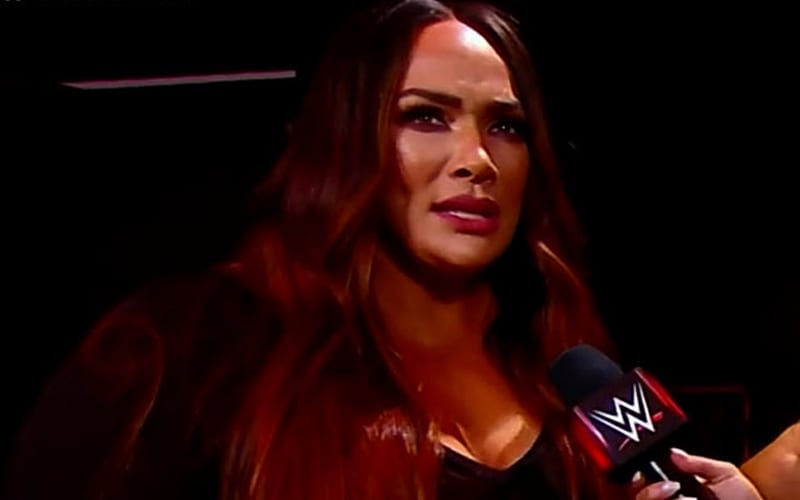 WWE scripts their television programs carefully and it must be followed in order to get the point across. This was an issue for Nia Jax this week when her acting didn’t really make the line come across the way it was intended.

Nia Jax was supposed to deliver her line sarcastically, but that’s not the way it came across. When they went back to the show, Byron Saxton made it clear that Jax might not have meant what she said.

During Wrestling Observer Radio, Dave Meltzer brought up this segment and he said that Saxton’s line was likely fed to him to cover up for the Irresistible Force’s flub.

“She botched her line. She was supposed to make us think that she was mad at Shayna for saying it, but she didn’t say it sarcastically enough, so it just sounded like she agreed with Shayna.

“He may have been told by Vince, ‘Cover up for her’. That’s what the announcers do all the time.”

“It could have been him (Saxton), but I doubt it was him. When the announcers look like idiots, the general rule is that they’ve been told to say something to clean up the mess.

He went on to explain that Mike Tenay would do the same thing for Hulk Hogan in WCW. He would fill in the parts that Hogan simply forgot to include in his promo. This is apparently something that can happen even today when a Superstar doesn’t really get the point across during a segment.