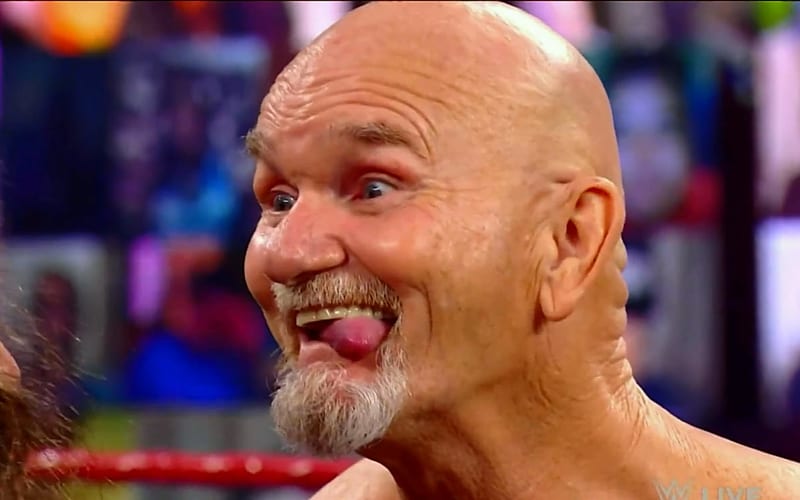 You never know who will return during WWE Raw, and fans saw a face this week that they were not expecting. Gillberg made his return to WWE television.

Click here for our complete coverage for WWE Raw this week.

During The Dirt Sheet this week, The Miz and John Morrison hyped that they would have Goldberg on the show. The former Universal Champion’s music hit, but he did not come out. Gillberg came out instead.

Gillberg had some funny moments in the ring as he mimicked Goldberg. This was a nice surprise because Gillberg was just recovering after a heart attack. It’s nice to see he’s doing better.