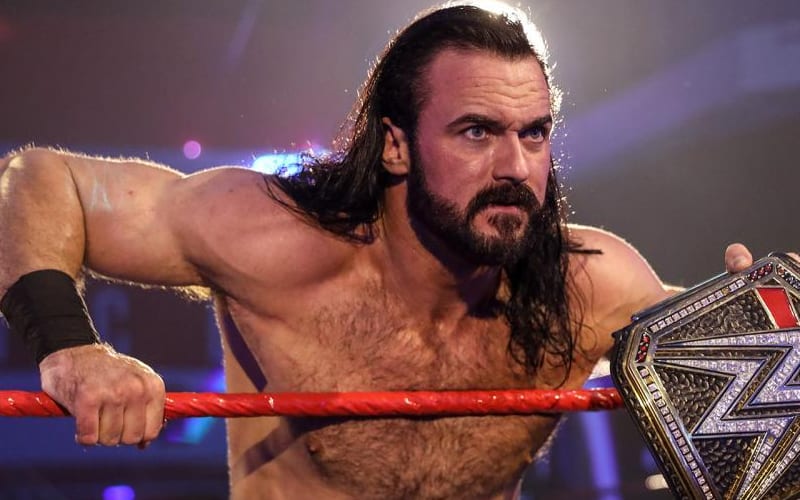 Drew McIntyre tested positive for COVID-19. He had to miss RAW last week, and this week he will still be in quarantine. The Scottish Warrior promised that he will wrestle Goldberg at the Royal Rumble, but will he be back on RAW before then?

During Wrestling Observer Radio, Dave Meltzer said that Drew McIntyre is expected to make his return to WWE television on next week’s episode of RAW.

January 25th’s episode of WWE RAW will be the go-home episode before the Royal Rumble pay-per-view. We have no guarantee that WWE will use Drew McIntyre on television, but his two-week quarantine time should be up by then. It stands to reason that they will use McIntyre if they can.

We have not heard whether Drew McIntyre will appear on RAW this week via webcam as he did last week. McIntyre appeared in two segments during RAW last week; one to address his positive COVID-19 test, and a second time to accept Goldberg’s challenge for the Royal Rumble.