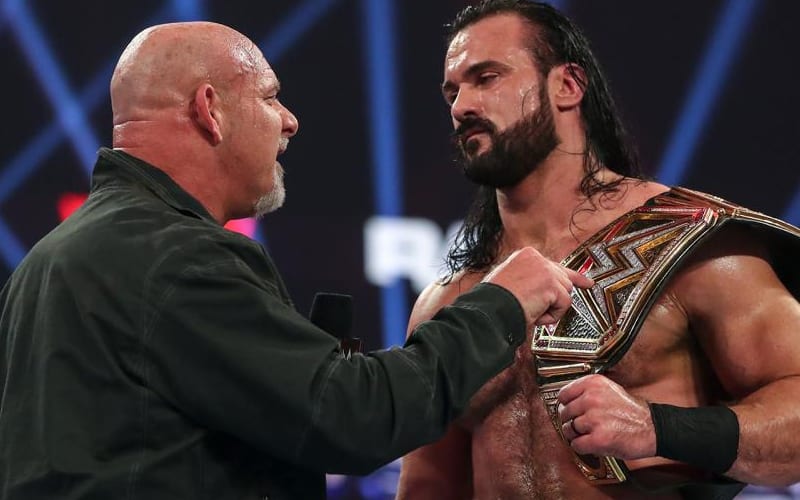 Drew McIntyre tested positive for COVID-19 on January 10th. He will be ready for the Royal Rumble on January 31st, and he made that very clear.

The Scottish Warrior appeared during CES yesterday, This was a virtual appearance because he is still under quarantine.

Drew McIntyre said that both he and WWE wanted to make it very clear that the risk of COVID-19 is not to be taken lightly. The WWE Champion also said that he will be wrestling Goldberg on January 31st at the Royal Rumble.

WWE’s COVID-19 protocols were also praised during this appearance. The company caught his positive test result so it kept him from spreading the virus asymptomatically. McIntyre also reiterated the importance of protecting yourself from COVID-19.

We previously reported that Drew McIntyre doesn’t even know where he contracted the novel coronavirus. He mostly keeps quarantined at home as it is right now.