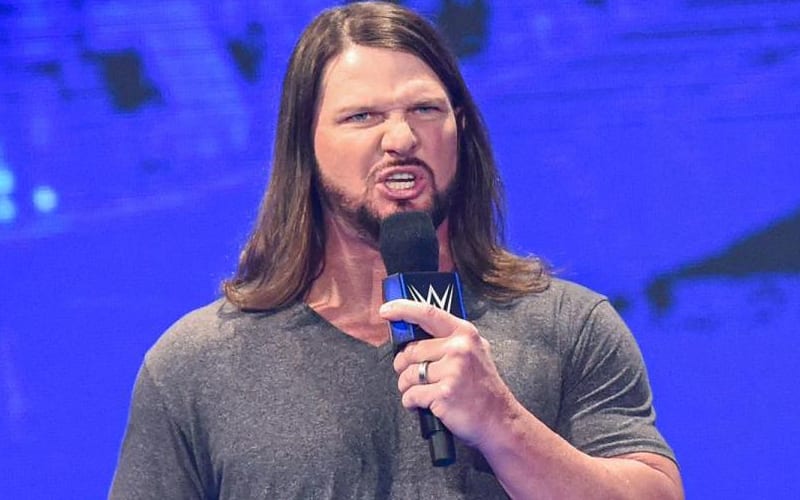 AJ Styles’ name stuck with him throughout his pro wrestling career. He even got to keep that name when coming to WWE after Triple H told him that he needed to change it. Styles actually wasn’t a fan of that name at first.

During WWE Untold, AJ Styles revealed that his first impression of his pro wrestling name wasn’t the greatest. He thought the last name “Styles” sounded quirky, but it eventually grew on him.

“‘AJ’ came from my football team. Everybody called me AJ. So that stuck. And I was tagging with a guy, one of my first matches, and his last name was Steel. So then… “Styles! Styles and Steel! That’ll work! That’s your name.” I didn’t like it. The name ‘Styles’? It just sounded so quirky to me. It didn’t sound cool at all. And it was just spelled S-T-Y-L-E-S. Why didn’t I spell it differently? Like, S-T-I-L-E-Z, or something like… Do something different. It was just so common! I’ve grown to love it. I have.”

AJ Styles is a much catchier name than Allen Jones, his legal name. It’s hard to picture AJ Styles going by any other name now. The huge “AJ” tattooed on his side is only a small part of that reason; because he’s made a ton of memories under that moniker as well.

A fan was even once so dedicated to AJ Styles that he got a full reproduction of his side tattoo, complete with his children’s birthdates.