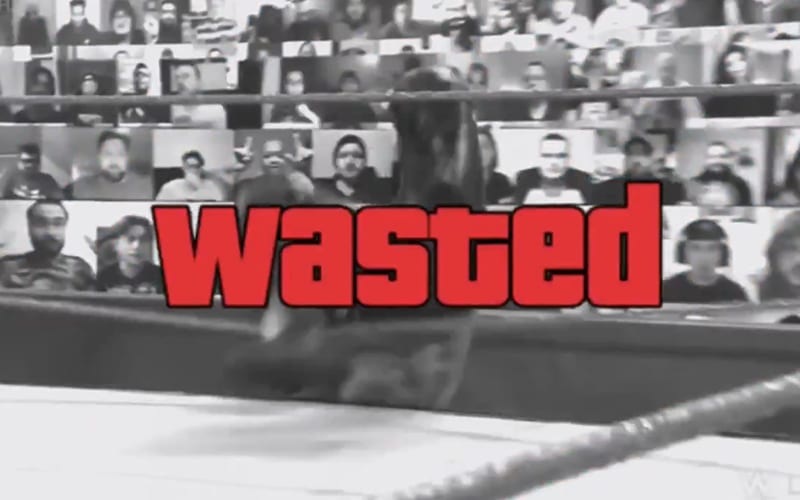 Xavier Woods and T-Bar faced off against each other this week during RAW, and the New Day member did not win. He did pull off a nice dropkick off the top rope dropkick that sent T-Bar tumbling out of the ring. That was enough footage for Woods to pull off a nice parody.

Click here for our complete coverage of WWE RAW.

Woods is pretty handy with his video editing software. He has about 10 minutes at the airport, so he whipped up a nice little Grand Theft Auto parody. He inserted “WASTED” over T-Bar as he fell out of the ring. The style of the video also took on the same filter as GTA when someone meets an unfortunate demise.

We’ll have to see if Retribution continues battling with Xavier Woods. Kofi Kingston is currently out of action with a jaw injury, so Woods is on his own. At least he has some nice video editing skills to polish things up in post.