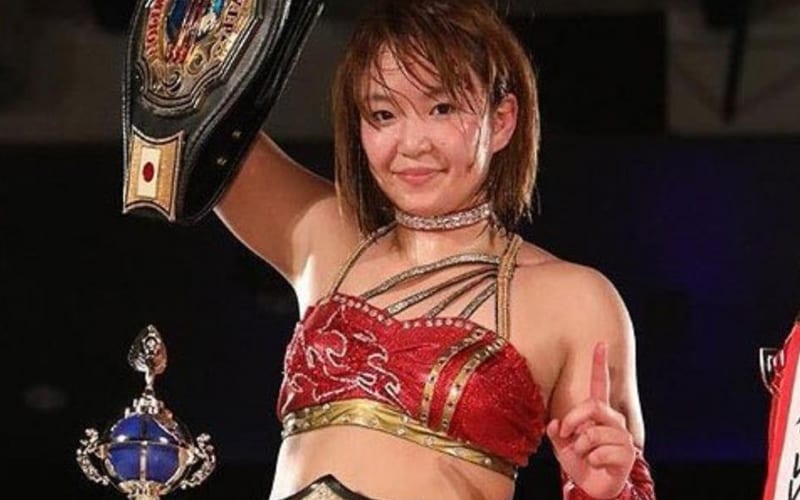 In a text image, translated from Japanese, Sareee explained her situation. She is also very excited for her future.

I was late for about a year due to the corona sickness, but I decided to go to the United States as soon as the final procedure of WWE was completed.

As for the match in Japan, we will finally prepare for the trip to the United States at the SEAd LI N N N G Shinkiba tournament on January 22nd.

This postponed period, which was not originally possible, gave me a lot of valuable experiences, and it was an irreplaceable time to meet new and important friends. And everyone’s warm support supported me at all times. Thank you very much. And thank you in the future.

The 24-year-old is still SEAdLINNNG Beyond The Sea Tag Team Champion with Yoshiko, and she is a former 2-time World Woman Pro-Wrestling Diana World Champion.

Sareee coming to the United States falls close to the Royal Rumble pay-per-view. We will have to see if she has a main roster destination, or if she will have a stay in NXT for a while.