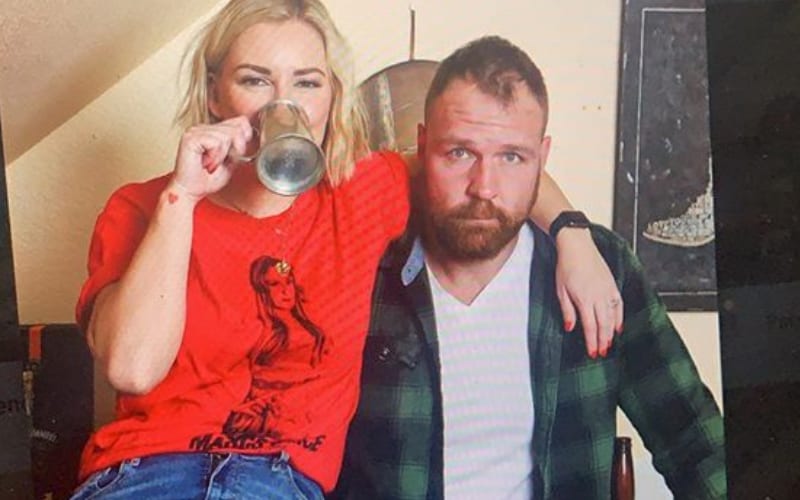 The internet can be a very interesting place. A rumor can pop up, and through a course of events it can become true. That is apparently what happened with Jon Moxley and Renee Paquette.

While speaking to Chris Van Vliet, Renee Paquette said that her husband, AEW star Jon Moxley, claims their first interaction was to address an internet rumor that they were dating. They had apparently never really interacted off-camera.

Their first interaction also apparently ended with Renee saying, “how dare you?!” In the end, they were married and are currently expecting their first child so everything turned out alright.

“So he [Jon Moxley] always says that the first time we really met and talked to each other, he was like running down the hallway getting ready to go up to do their Shield entrance. And he is like putting all the oil in his hair and wetting his hair, or whatever. And this was me figuring out what wrestling Twitter was like. I was like, ‘Hey, people on the internet for some reason think we are dating?’. And he was like, ‘Looks good on you babe’. And I was like, ‘How dare you?'”

We’ll have to see what’s next for Jon Moxley and Renee Young. Renee Young isn’t saying “no” to the idea of joining AEW down the line if they find a good role for her. She wants to branch out and doesn’t want to be known as “the wrestling girl.”