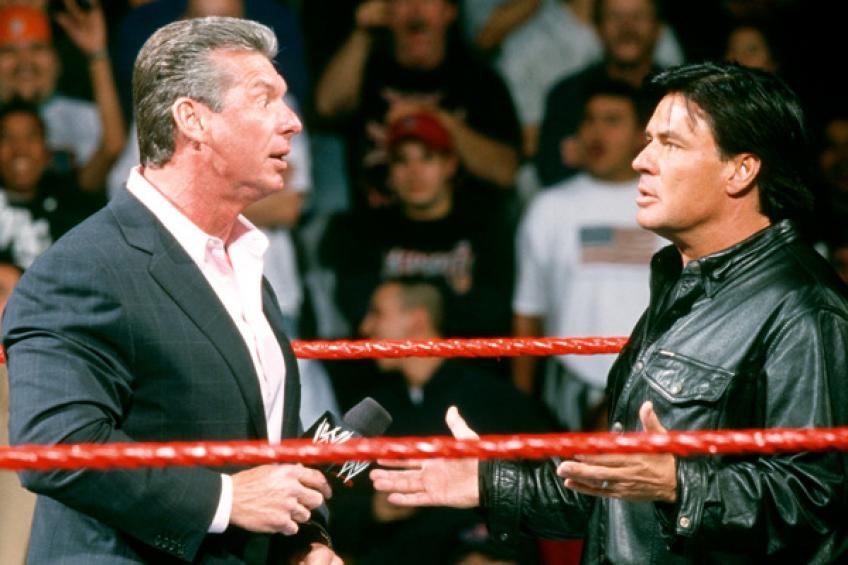 At the height of the Monday Night Wars between WWE and WCW, WCW would often throw verbal barbs at their competition. This included the time Eric Bischoff challenged WWE Chairman Vince McMahon to a fight at the Slamboree 1998 pay-per-view.

Bischoff made the challenge on an episode of WCW Nitro prior to the pay-per-view. As many fans expected, Vince McMahon did not appear at Slamboree 1998 to face Eric Bischoff.

Bischoff demanded the match be started and that the referee should count to ten. He became the winner via a count-out.

Easy E recently spoke to Sportskeeda, where he talked about the aforementioned match. Bischoff revealed that if Vince McMahon had accepted his challenge. then he would have kicked McMahon’s ‘a**.’

Bischoff made a couple of appearances on AEW Dynamite last year and has been keeping himself busy with his other projects.