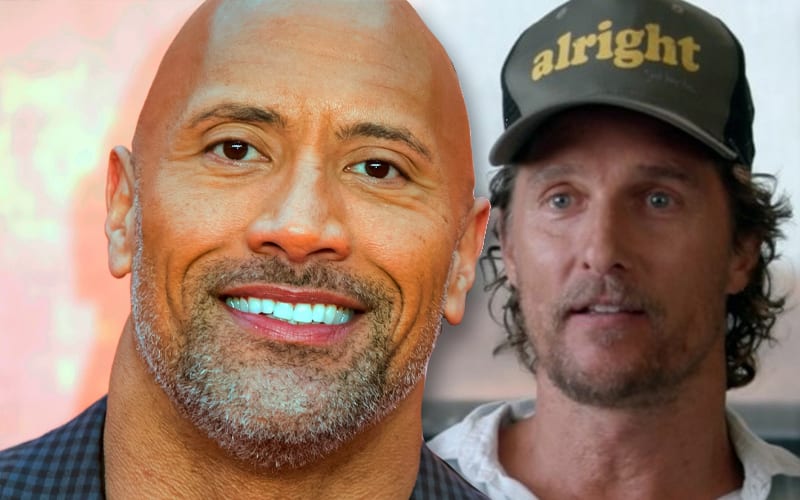 Matthew McConaughey is a big fan of pro wrestling and he’s not opposed to the idea of getting involved some day. This fandom goes back to his childhood when he was kicked out of an event for spitting on King Kong Bundy. McConaughey’s kids love it too, and he wants to make sure it stays real to them for as long as possible.

McConaughey recently spoke with Better Together about many subjects, and pro wrestling came up. He revealed a conversation he had with The Rock about his ascent in WWE and how he became the most electrifying sports entertainer in history.

That suspension of disbelief captures Matthew McConaughey’s imagination in a big way. His children are starting to wonder if wrestling is fake, but he’s not going to smarten them up just yet.

“The Rock was telling me his story, about his storyline from good guy to bad guy, and how he felt it click in one night while he was there live, ‘oh I just hooked him.’ And I love the suspension and disbelief that, because my kids and I watch and they’re starting to get that when they go, ‘oh this is fake.'”

“I’m going, ‘what are you talking about no way’ and they’re starting to get, because I won’t give them the wink yet, but they’re starting to get that in there there’s a there’s a bit of one you know. And then, so two of them, two of them are like, ‘this isn’t fake, well this is real,’ so they’re gettin’ it, and that’s so much of the fun of it, it’s coming up this, this is real.”

We’ll have to wait and see if Matthew McConaughey gets involved in pro wrestling, but he is certainly appreciated as a fan. Hopefully, there are more people out there watching pro wrestling with their children so they can continue the circle of fandom for generations to come.