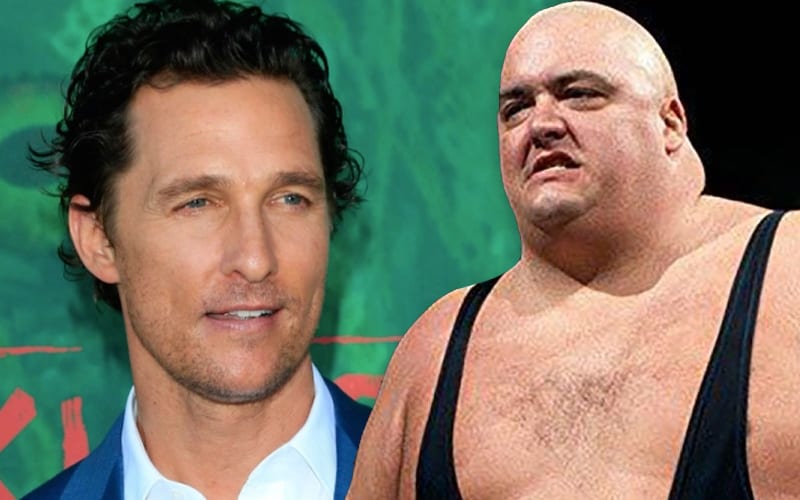 Matthew McConaughey is a big pro wrestling fan, and he’s spoken about that in the past. The Hollywood star even appeared in the ThunderDome on WWE television. WWE didn’t throw him out of the ThunderDome, but that’s probably because he didn’t spit on anyone.

While speaking to Better Together, McConaughey revealed that he’s been kicked out of pro wrestling events in the past. One occasion took place in Shreveport, Louisiana when he spit on pro wrestling legend King Kong Bundy.

“He looked me in the eye and got seriously pissed off and scared the heck out of me after I did it. And I took off running and they caught me and kicked me out for the second time that night. I brought a paper bag full of old, mushed tomatoes and Skandor Akbar comes out and I’m just pelting him. And that was all great until they started really connecting. Then the security found me and they kicked me out.”

Pro wrestling fans can be very passionate about the art from, and that can bring them to react in different ways. Heels have been pelted with rocks, batteries, and bottles of urine (in MJF’s case).

Spitting on someone is much more egregious of an offense now with a pandemic looming around us. It still wasn’t okay back in the day, and Matthew McConaughey can attest to that.