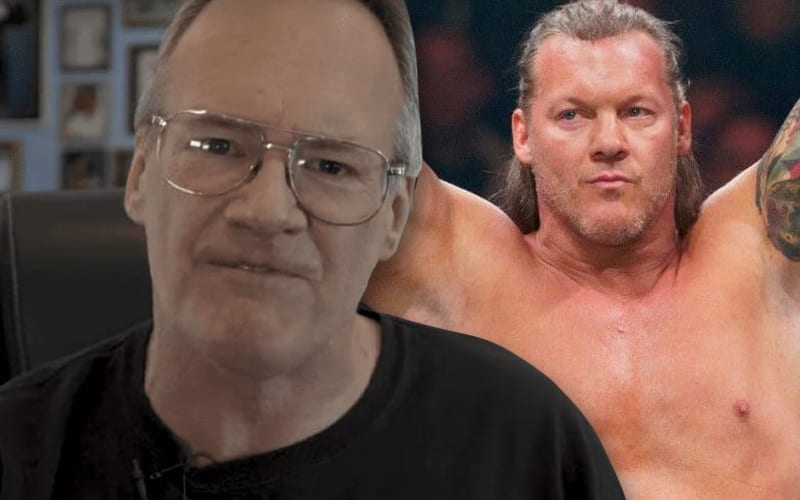 Chris Jericho gained a lot of attention when he said that he’s not “a political person.” Then it was revealed that the first-ever AEW World Champion donated a ton of money to Donald Trump and the republican party. That was enough for Jim Cornette to sever ties with him.

During the Jim Cornette Experience podcast, the famously foul-mouthed wrestling manager went ballistic on Chris Jericho. He disowned his friendship to Le Champion and said that Jericho has been embarrassing himself with the angles he’s done in AEW with Orange Cassidy and others. He still didn’t hate him for that.

Chris Jericho’s support of Donald Trump and donating almost $40,000 to the cause is something that Jim Cornette cannot forgive. Now if Chris Jericho were hanging off a ledge, Cornette wouldn’t offer him a rope.

“Everybody has been hearing me knock Chris Jericho, my old buddy and friend and lifelong pal, for quite some time now. At first, we said he was the star of the show, and he realizes he’s the only mainstream star they’ve got that can still go, that everybody knows who the f*ck he is, he can use his own name, he’s gonna be the top heel, he’s gonna carry this company on his back. And about three months in, suddenly he started playing with the cool kids and running angles with Pockets [Orange Cassidy], and having programs with all the f*cking little darlings, instead of being a serious top heel. We’ve panned him since then, but still, people said, ‘Well, do you want his carcass boiled in oil and his fat sold for soap like you’d like to see done with Olivier (Kenny Omega)?’.

“No, I can honestly say that Chris had been embarrassing me and making me frustrated with his activity, and I thought he should be ashamed of himself for what he’s capable of doing versus what he’s been doing to help teach these young idiots instead of falling in with them and validating their bad habits. If he was hanging from his fingernails off the edge of a cliff, I would have still thrown him a rope. If he was on fire, I wouldn’t have pissed on him, I’d actually have gone and gotten a water hose and put him out. Because you could admire and respect what he had done in wrestling. He’s been there, he’s achieved at a high level, and what we had to say constantly was, ‘He’s better than this. Why is he doing this?’. But I still had to say positive things about him.

“But now, and it’s not even the COVID thing, just being stupid about COVID. But now it’s finding out all the other things that we didn’t know about Chris, such as he’s delusional. And he actually gave $40,000 – $40,000! – to Donald Trump to get re-elected. He thought that this f*cking criminal deserved another chance. He’s with them. Whether he was always one of them, or whether they’ve brainwashed him, the fact is that, now I can say, desecrating the wrestling business didn’t break my friendship with Chris Jericho – I still would have thrown him that rope if he was hanging off the edge of a cliff. But now that I know that he felt so strongly that Donald f*cking Trump should get four more years to bring an end to this country as we know it and create chaos around the world, and kill who knows how many other people, and be responsible for the deaths of who knows how many other people.

“Chris – don’t be on a cliff around me because f*ck you, you can f*cking drop. And this is from Jim to Chris, f*ck you. F*ck you. You’re a filthy human being that supported a filthy disgusting pig. And that’s why you get my f*ck you. We are no longer friends and never will be again. And I don’t feel bad at all anymore about f*cking taking apart your sh*tty f*cking performances on this f*cking supposed wrestling program. You’ve infected people, now you’ve got infected yourself, because you’ve been listening to this f*cking Mango Mussolini, and you think just like him, and I’m ashamed of you. And I’m sorry that I asked Lance Storm, ‘Hey, can you bring that guy you were working with in your audition video along, he looks good too’. I’m sorry I said that, because now I played a part in you being able to be successful enough to give Donald f*cking Trump $40,000. You’ve got too much money Chris and too little sense, and there’s no f*cking handicapped children or abused animals that could have used that money? F*ck you.”

The political climate in 2020 spilled over into 2021 in a huge way. That has ruined some friendships all over the country. Chris Jericho and Jim Cornette’s friendship was strained before Le Champion’s support for Trump was made public, but that piece of information certainly changed things for the two.

You can listen to Jim Cornette’s entire rant about Chris Jericho below.