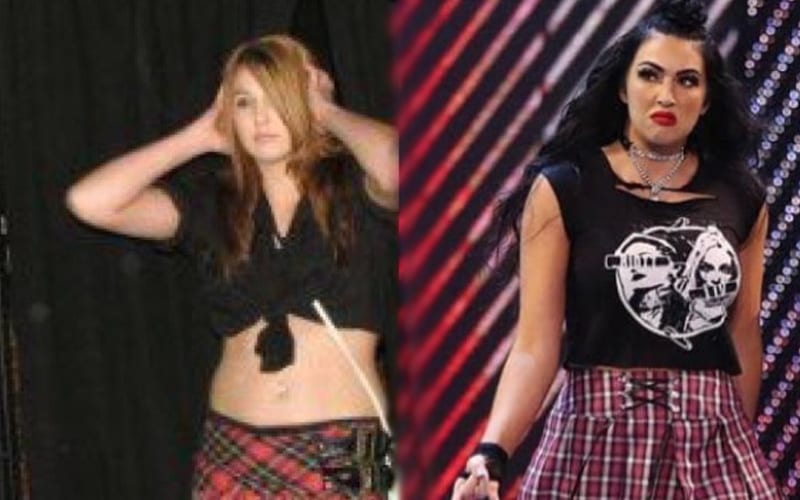 Billie Kay might not seem like she fits in with the Riott Squad, but she would beg to differ. Kay has always been a punk, and she has the photo to prove it.

Kay apparently showed up to SmackDown with her outfit in a labeled bag. Ruby Riott called this out on Twitter as she posted a photo of Billie Kay’s organization skills with a caption saying:

Saw this in the locker room last night. @BillieKayWWE brought a bag for her outfit last night. Worst part is….she labeled it.

Billie Kay later got on Twitter to prove that she belongs in the Riott Squad. She posted a photo of herself from 2007, and she looked very punk-ish. Her entrance music was even Avril Lavigne.

I’ve always been punk… Left pic from a 2007 match in Australia. My entrance music was Avril Lavigne

Billie Kay didn’t help the Riott Squad pull down a win last night, but there’s always next week. We’ll have to see if Billie Kay finds a home with the Riott Squad on SmackDown. It is certainly entertaining television so far.