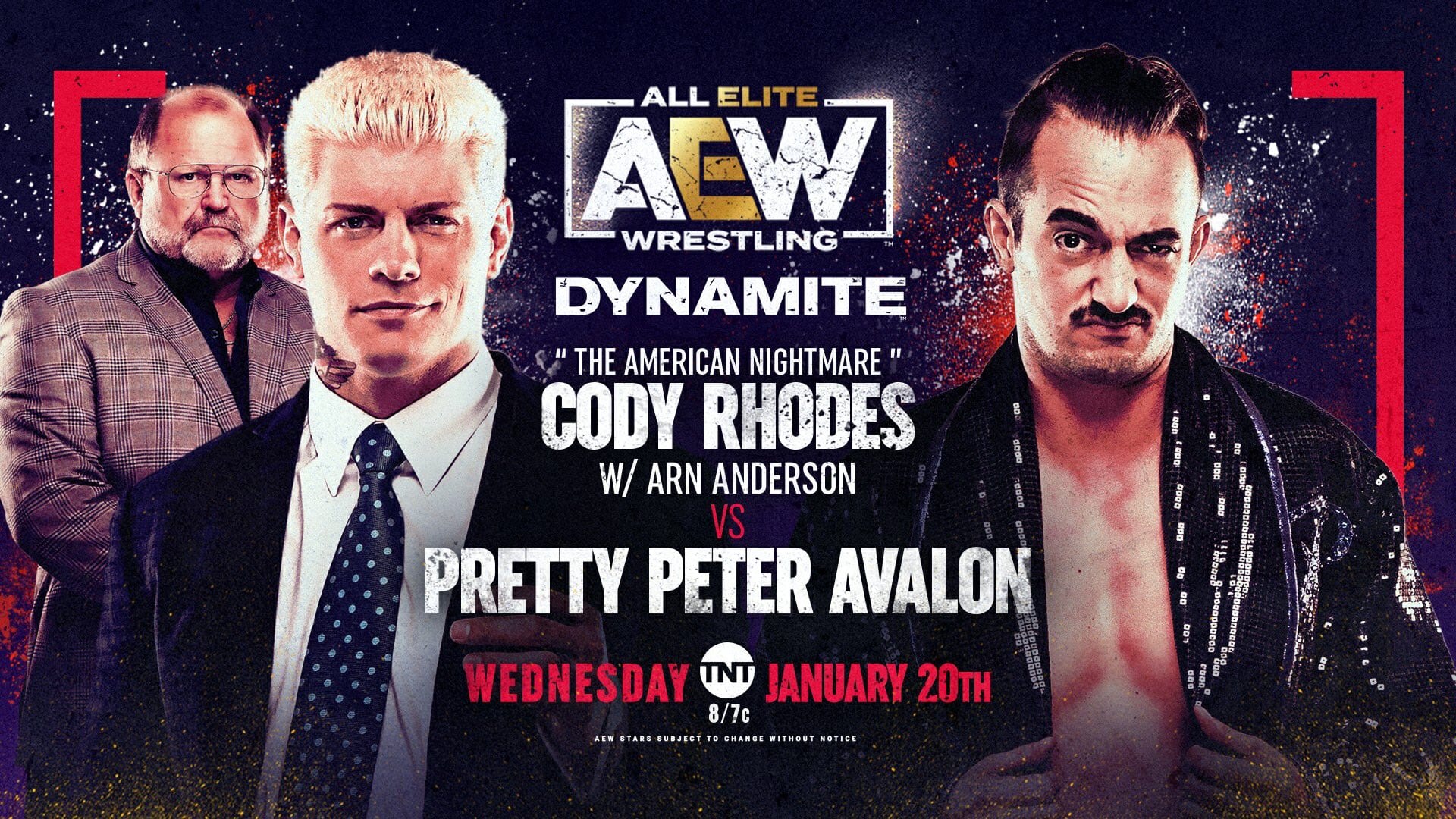 Next week’s episode of AEW Dynamite promises to be a huge one. Now it seems the company has added another match to the already-stacked card.

“The American Nightmare” Cody Rhodes will be squaring off against “Pretty” Peter Avalon.

The last time Avalon was shown on AEW Dynamite, he still had a losing streak. However, Avalon has been on a winning streak as of late on AEW Dark and due to that, he will be facing one of AEW’s top talents.

Here is the current card for next week’s show:

* Santana and Ortiz vs. Chris Jericho and MJF vs. Sammy Guevara and Jake Hager in a Triple Threat tag match to become the official tag team of The Inner Circle

* An update from Miro and Chuck Taylor