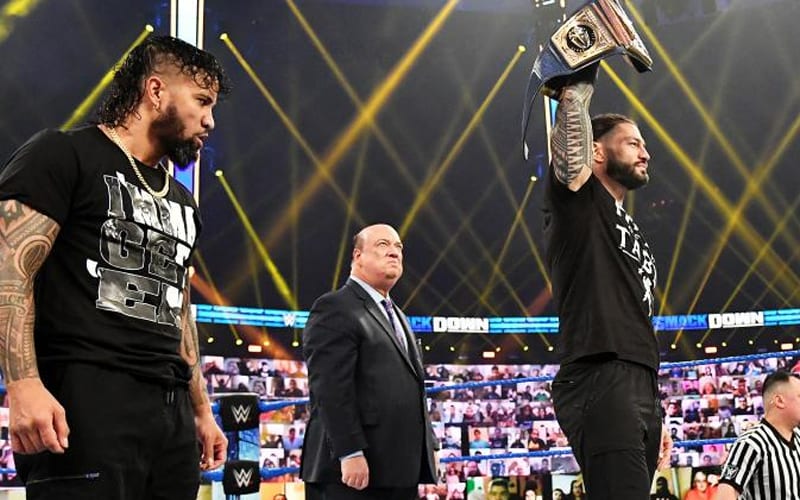 WWE SmackDown will air on FOX at 8:00 PM once again this week, and the company is working hard to get a show ready. They have a few items announced so far as the company heads toward January 31st’s Royal Rumble event.

Jey Uso will face Shinsuke Nakamura this week in singles competition. That match was created last week when Jey and Roman Reigns destroyed Nakamura and took him out of the #1 contender gauntlet match.

Rey Mysterio will be back on television this week after ending his hiatus last week. Mr. 6-1-9 will take on King Corbin. That match continues a feud that was started when Seth Rollins took a hiatus from the company at the end of 2020.

Roman Reigns is also set to have a contract signing segment with Adam Pearce. The two are currently slated to battle at the Royal Rumble event with the Universal Title on the line.

All that and more is expected for tonight. We will have complete coverage right here at Ringside News. You can check out the lineup (so far) below.